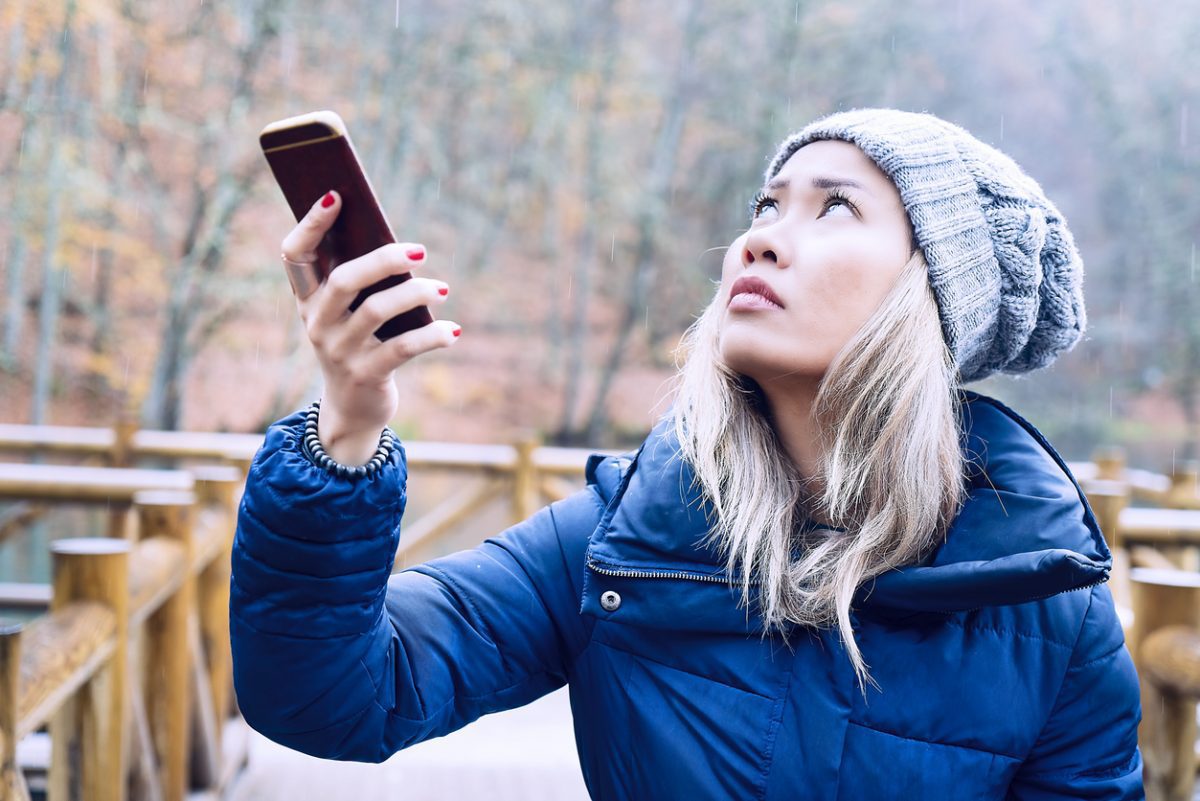 Association Between Personality Traits/Dimensions and Fear of No Mobile Phone Connectivity (nomophobia): Results of a Lebanese National Study

Nomophobia is the fear and anxiety associated with being without digital devices. This study assessed nomophobia and its relationship with personality traits and other sociodemographic factors. 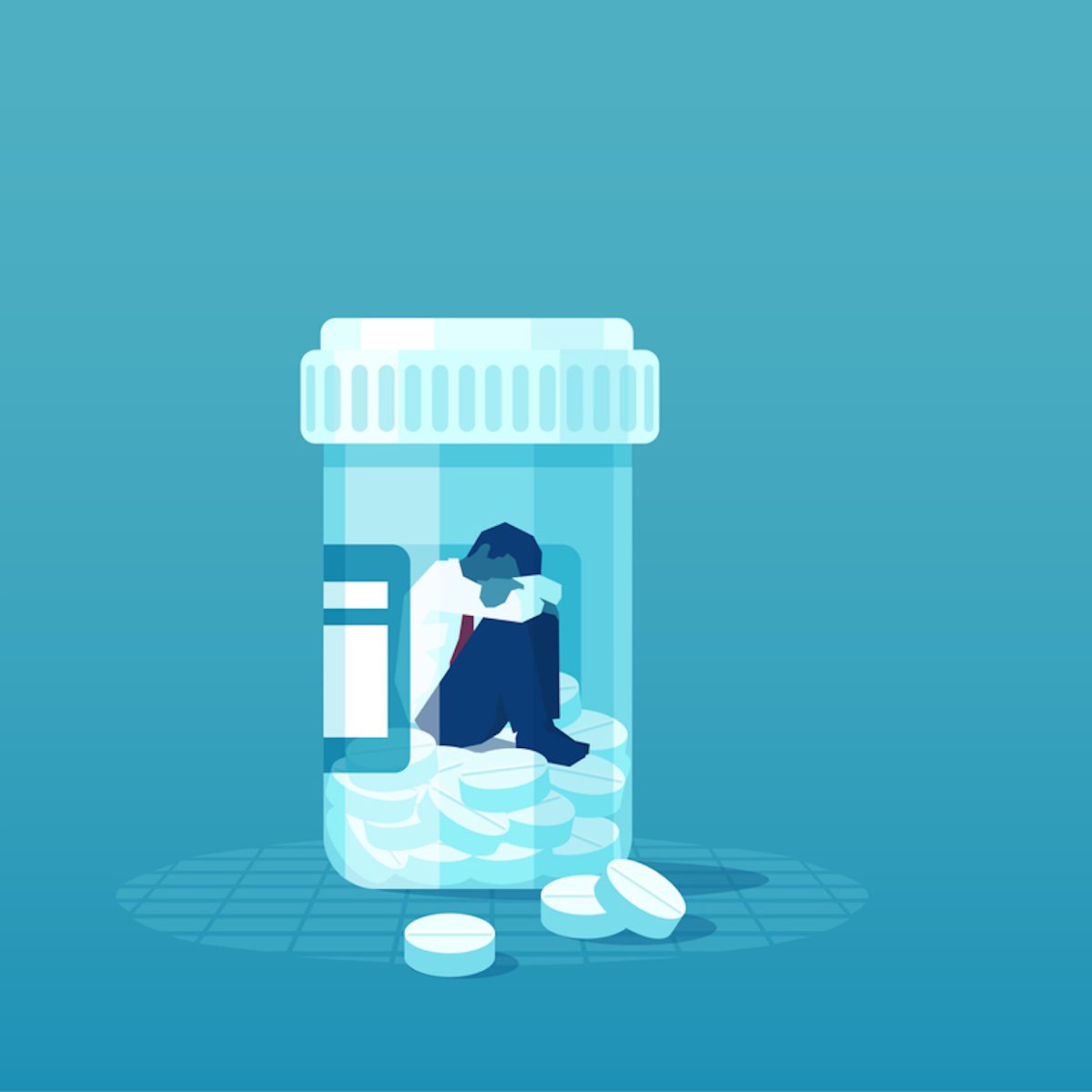 Etizolam Use Disorder and Withdrawal in a Patient in Sustained Remission From Opioid, Cocaine, and Methamphetamine Use Disorders

Here, the authors present the case of a 29‐year‐old man in sustained remission from cocaine, methamphetamine, and opioid use disorders who developed an addiction to etizolam after obtaining it online.

Benjamin E. Johnson and others
FOCUS ON CHILDHOOD AND ADOLESCENT MENTAL HEALTH

Specific phobia is the most prevalent psychiatric disorder and has both early childhood onset and high comorbidity. Read this study of over 1,000 adolescents to see if persistence of specific phobia can be predicted, thus allowing clinicians to help alleviate future comorbidity.

Phobic and Anxiety Disorders in Children and Adolescents

Because this piece does not have an abstract, we have provided for your benefit the first 3 sentences of the full text.

In the hustle and bustle of the clinical care world, it is sometimes difficult to find the time to review the basic tenets of psychiatry. Phobic and Anxiety Disorders in Children and Adolescents does just that. Within the context of anxiety and phobic disorders, it reviews the differential diagnoses, theories, and models of these disorders, diagnostic methods, and treatment.

Felissa Goldstein
LETTERS TO THE EDITOR

Effective Treatment of Eisoptrophobia With Duloxetine: A Case Report

Objective:d-Cycloserine may enhance fear extinction. The effects of d-cycloserine on human brain function are not well understood, with findings suggesting that d-cycloserine could augment exposure therapy via its effects on the neural substrates of emotional learning and extinction or by acting upon different neural pathways. The aim of this exploratory study was to investigate differences in neural response in patients receiving d-cycloserine or placebo in addition to exposure therapy.

Conclusions: A single administration of d-cycloserine combined with exposure therapy can lead to lasting changes in ventromedial and other prefrontal cortex response to phobic stimuli. These changes are qualitatively different from those seen in patients receiving exposure therapy without d-cycloserine.

Epidemiology of Fears and Specific Phobia in Adolescence: Results From the Mexican Adolescent Mental Health Survey

Background: Specific phobia is among the most common disorders in the general adolescent population, but also among the least studied. The objectives of this study were to estimate the prevalence of specific fears among adolescents, the proportion of those with fears who meet criteria for specific phobia, and the proportion who recognize their fears as excessive and to identify comorbidity with other disorders and factors associated with severity and treatment.

Results: Most adolescents reported at least 1 fear (76.5%); 36.5% of those met lifetime criteria for specific phobia, and 27.3% met criteria in the prior 12 months. Blood-injection-injury and animal fears were the most common types. Females were more likely to report any fear, to have more fear types, and to meet diagnostic criteria. Increased numbers of fears were associated with increased odds of meeting specific phobia criteria and with increased impairment. Among teens with specific phobia, 71.3% recognized their fear as excessive, 9.7% to 12.3% reported severe impairment, and only 6.5% had received treatment. Severity of impairment and comorbid disorders were associated with treatment seeking.

Conclusions: The large percentage of adolescents meeting diagnostic criteria coupled with the low proportion with serious impairment suggests that current diagnostic thresholds may be too low or not developmentally sensitive. Future research should address the nature of impairment for adolescents with specific phobia. Early detection and timely treatment are important given that specific phobia is persistent and highly comorbid and that few individuals seek treatment.

Corina Benjet and others
FOCUS ON CHILDHOOD AND ADOLESCENT MENTAL HEALTH

Is Virtual Reality Effective to Motivate and Raise Interest in Phobic Children Toward Therapy? A Clinical Trial Study of In Vivo With In Virtuo Versus In Vivo Only Treatment Exposure

Objective: The first objective of this study was to assess if a combined treatment with mostly virtual reality-based (in virtuo) exposure increases phobic children's motivation toward therapy compared to children who only receive in vivo exposure. Another objective was the assessment of motivation as a predictor of treatment outcome.

Results: The results showed that children who received in virtuo exposure did not show a higher level of motivation toward their treatment than those who received in vivo exposure, but statistically significant interactions were found for both parts of the treatment. Multiple regression analysis confirmed that motivation was a significant predictor of outcome (P' ‰<' ‰.01), especially extrinsic integrated motivation. Participants in the combined treatment were significantly more phobic before beginning treatment, but both treatments appeared successful (P' ‰<' ‰.001).

Conclusions: In this study, the use of virtual reality did not increase motivation toward psychotherapy. At the end of the second part of therapy, all participants were comparably efficient in facing a live tarantula. These results bear important clinical implications concerning how to use virtual reality with children and concerning motivation of children toward therapy in general. They are discussed in the light of how to present in virtuo therapy to children.

Julie St-Jacques and others
ORIGINAL ARTICLES

Nefazodone in the Treatment of Generalized Social Phobia: A Randomized, Placebo-Controlled Trial

Objective: Numerous studies have demonstrated the efficacy of serotonergic antidepressants, particularly the selective serotonin reuptake inhibitors (SSRIs), in the treatment of social phobia. We evaluated the efficacy, safety, and tolerability of nefazodone, a 5-HT2 antagonist, in patients with generalized social phobia (GSP).

Results: In the intent-to-treat sample, 16 (31.4%) of 51 subjects taking nefazodone and 12 (23.5%) of 51 subjects taking placebo were rated as much or very much improved on the CGI-I at endpoint (chi2 = 0.79, p = .38). With the exception of the Social Phobia Scale, no significant differences were found in measures of social phobia when comparing the nefazodone and placebo groups.

Conclusion: These findings suggest that nefazodone is not an effective agent in the treatment of GSP. These data parallel some recent findings with the use of the SSRI fluoxetine in GSP. The lack of efficacy of 2 serotonergic antidepressants in GSP suggests that serotonin reuptake inhibition may not be the only mechanism of action required for efficacy to occur in the treatment of GSP.

Method: Twenty-three adult outpatients with DSM-IV social phobia, generalized type, were entered into a 16-week open trial of topiramate, starting at 25 mg/day, and gradually titrated up to a maximum dose of 400 mg/day.

Michael Van Ameringen and others