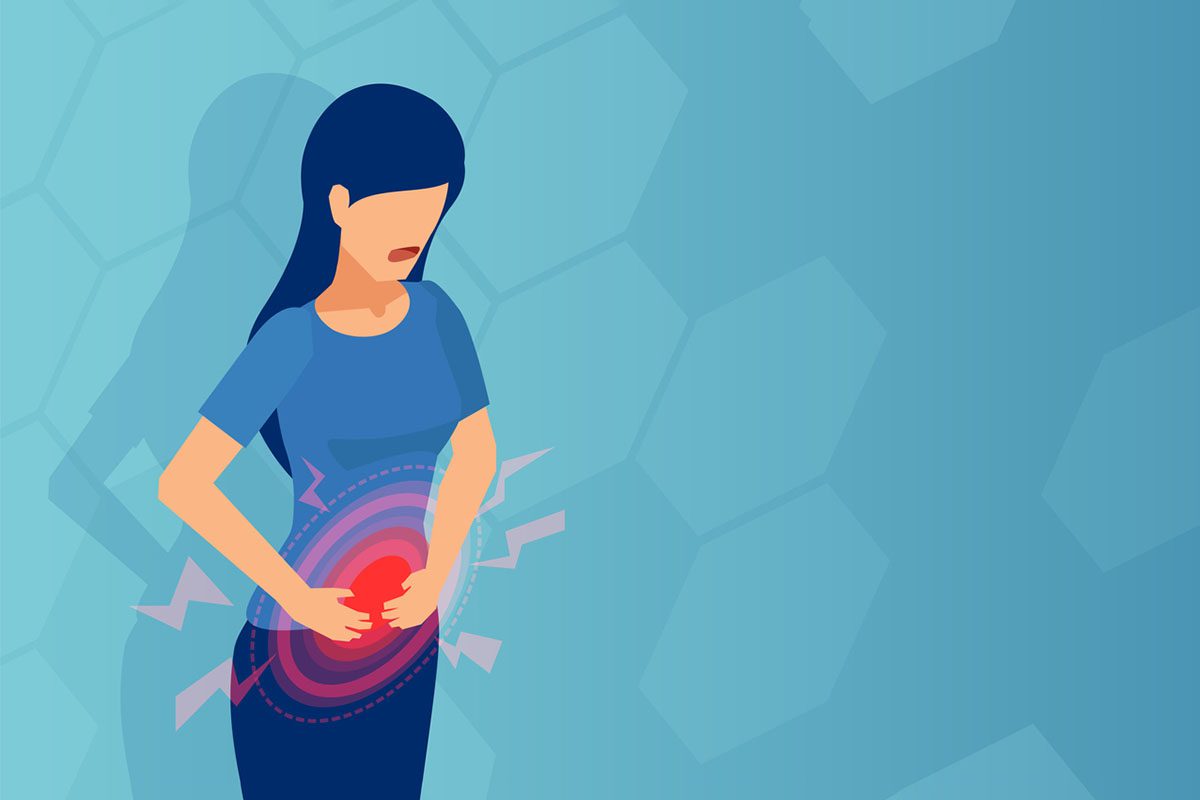 Teri Pearlstein, MD, discusses a recent review that highlights the difficulties of diagnosing PMDD in women with bipolar disorder. 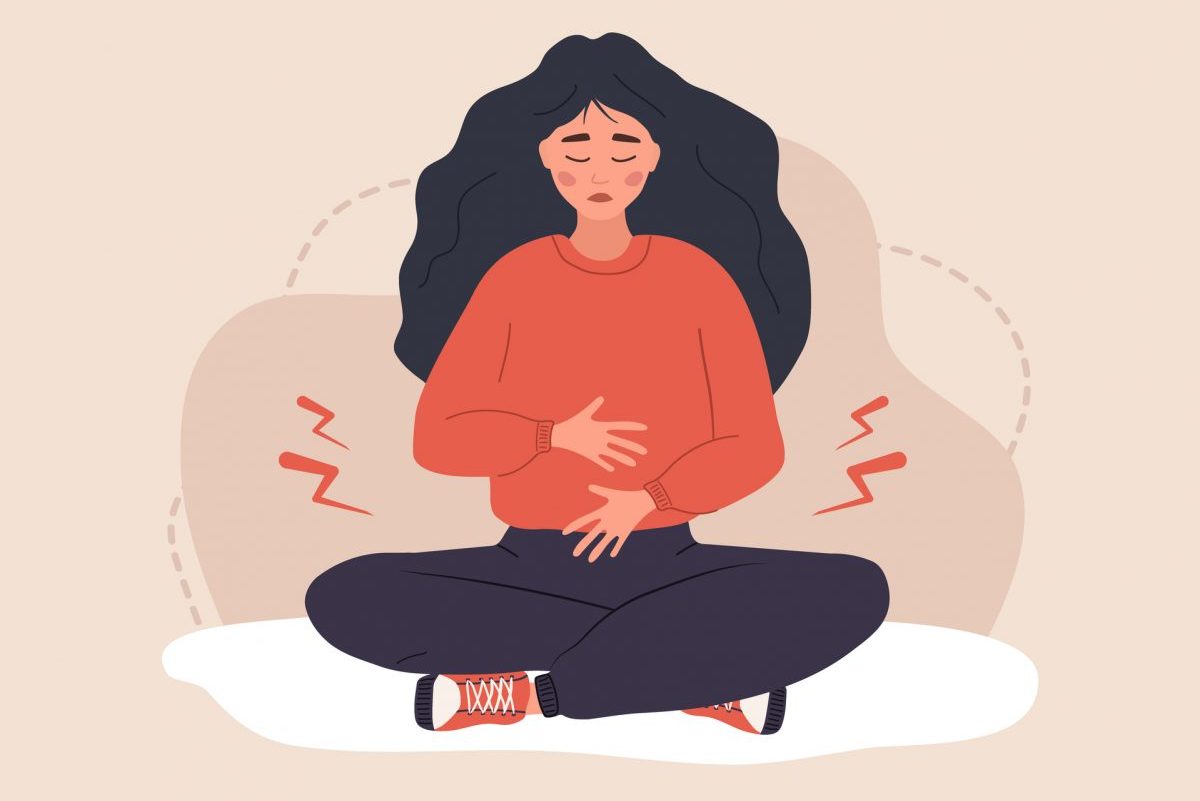 Recent promising data indicate that neuroactive steroids could have a role in treating depression. This article discusses the mechanisms behind potential beneficial effects in premenstrual dysphoric disorder as well.

Objective: Overlapping comorbidities between premenstrual dysphoric disorder (PMDD) and postpartum depression (PPD) suggest that these disorders represent a continuum of vulnerability with shared pathophysiology. We report the past histories of PPD (and other Axis I psychiatric illnesses) in a clinic-based sample of women meeting criteria for PMDD.

Methods: 215 women, ages 19 to 51 years, who attended the National Institute of Mental Health Mood Disorders Clinic between 1988 and 2013 seeking treatment for PMDD and in whom we confirmed the diagnosis of PMDD (DSM-IV), were identified. All were administered the Structured Clinical Interview for DSM-III-R or -IV. The frequency of PPD (major or minor) was established in the subgroup of women (n = 137) who had delivered at least 1 child.

Conclusions: Our data demonstrate that PMDD and PPD do not frequently co-occur. These data do not suggest that PMDD and PPD share similar pathophysiology beyond being ovarian-steroid-triggered mood disorders. The high comorbidity of past MDE could contribute to the increased risk both for future MDE and for PPD in some women with PMDD.

Objective: Inclusion of premenstrual dysphoric disorder (PMDD) into the main text of the DSM has been a point of controversy for many years. The purpose of this article is to address the main concerns raised by opponents to its inclusion. Concerns are presented and countered in turn.

Literature Search: To identify the most prevalent arguments against inclusion of PMDD, we searched MEDLINE (1966-2012), PsycINFO (1930-2012), the Internet, and reference lists of identified articles during September 1-17, 2012, using the keywords PMDD, premenstrual syndrome (PMS), DSM, DSM-5, concerns, controversy, women, political power, workforce, courts, and history. The search was restricted to English-language publications. A total of 55 articles were identified and included. The most pressing arguments against inclusion were grouped by similarity and addressed if they were reported 5 or more times. Our review of the sources yielded 38 concerns regarding PMDD; 6 concerns were reported at least 5 times and are addressed in this article.

Discussion: Evidence culled from historical and legal trends does not support the alleged societal use of PMS to harm women (eg, keeping women out of the workforce or using PMS against women in child custody disputes). Further, current epidemiologic research has answered all of the methodology criticisms of opponents. Studies have confirmed the existence of PMDD worldwide. The involvement of pharmaceutical companies in research has been questioned. However, irrespective of the level of association with industry, current research on PMDD has consistent results: PMDD exists in a minority of women.

Conclusions: Historically, the pain and suffering of women have been dismissed, minimized, and negated. Similarly, women with PMDD have often had their experience invalidated. With the preponderance of evidence in its favor, PMDD has been placed in the main text of the DSM-5, opening the door for affected women to receive the attention full diagnostic status provides.

Method: Women taking antidepressants with successfully treated depression, except during the late luteal phase (Montgomery-Asberg Depression Rating Scale [MADRS] score >= 15) and high late-luteal phase (Daily Rating of Severity of Problems scores) were randomly assigned to open-label ethinyl estradiol (EE) 30 microg/day plus drospirenone 3 mg/day (EE/DRSP) for 21 days and double-blinded treatment with EE 30 microg/day or placebo for days 22 through 28 of 2 cycles. Participants were recruited from community and psychiatry outpatient clinics and enrolled into this study in 2004-2005.

Results: Of 25 subjects who received EE/DRSP (N = 12 with EE and N = 13 with placebo), 21 completed treatment. For study completers, premenstrual MADRS (p = .0019) and Daily Rating of Severity of Problems scores (p = .0001) improved significantly in both groups. Outcome did not differ between groups.

Conclusion: This study provides preliminary evidence that addition of EE/DRSP (± EE) to antidepressants may treat premenstrual breakthrough of depression. Stabilizing hormone levels with EE/DRSP may provide an important therapeutic option for women taking antidepressants whose symptoms break through premenstrually.

Because this piece has no abstract, we have provided for your benefit the first 3 sentences of the full text.

Sir: Fibromyalgia and premenstrual dysphoric disorder(PMDD) are common psychosomatic disorders in women.Fibromyalgia is characterized by chronic widespread pain, andtenderness at specific muscle-tendon sites. Estimates of lifetimeprevalence are 3.4% for women and 0.5% for men.1

Low-Dose Sertraline in the Treatment of Moderate-to-Severe Premenstrual Syndrome: Efficacy of 3 Dosing Strategies

Method: 314 women with PMS from 22 U.S. sites were randomly assigned to fixed-dose treatment with sertraline (25 or 50 mg/day) or placebo for 4 menstrual cycles after a single-blind, placebo lead-in cycle. Assessments included the Daily Symptom Report (DSR), the Clinical Global Impressions-Severity of Illness and -Improvement scales, the Patient Global Evaluation scale, the Quality of Life Enjoyment and Satisfaction Questionnaire, and the Social Adjustment Scale-Self Report.

Results: Intermittent luteal-phase dosing with low doses of sertraline (25 and 50 mg/day) produced significant improvement across 2 menstrual cycles, based on total DSR scores, compared with placebo. Continuous and symptom-onset dosing were also effective in treating PMS symptoms, particularly at the lower dose of 25 mg/day.

Conclusions: The results of the current study suggest that low doses of sertraline may be a safe, effective, and well-tolerated treatment for moderate-to-severe PMS.

Results: Luteal phase and symptom-onsetgroups received escitalopram for a mean of 13.5and 6.0 days, respectively (mean ± SD dose =15.2 ± 5.1 mg/day at the third treatment cycle).Total premenstrual DSR scores significantlyimproved from baseline (p = .003), with a 57%decrease in the luteal phase group and a 51%decrease in the symptom-onset group. Clinicalimprovement (DSR score decrease ≥ 50% frombaseline) was reported by 11 of 13 patients inthe luteal phase group and 9 of 14 patients inthe symptom-onset group. Symptom severitydifferentiated the response in the symptom-onsetgroup, with those having more severe symptomsless likely to respond. Symptom severity didnot differentiate treatment response to lutealphase dosing. Escitalopram was well tolerated.Adverse events were mild and transient, withonly 2 patients discontinuing due to adverseevents related to the medication.