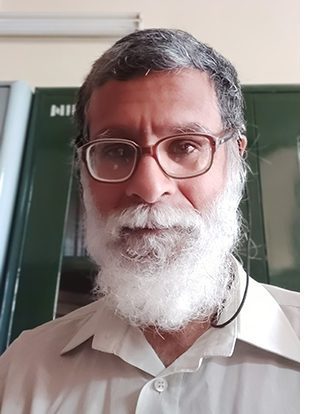 Each month in his online column, Chittaranjan Andrade, MD (candrade@psychiatrist.com) considers theoretical and practical ideas in clinical psychopharmacology with a view to update the knowledge and skills of medical practitioners who treat patients with psychiatric conditions.

Dr Andrade is a psychiatrist with nearly four decades of experience. He is the Senior Professor in the Department of Clinical Psychopharmacology and Neurotoxicology at the National Institute of Mental Health and Neurosciences, Bangalore, India.

He has received 3 international awards, 11 national awards (including all the major awards of the Indian Psychiatric Society) and about 10 state and other awards in recognition of his research. He has published more than 20 books, about 40 chapters in various texts, and around 500 scientific papers in peer-reviewed journals. His work has received about 6,500 citations (ResearchGate) in the scientific literature. In a study published from Stanford University in 2020, he was listed among the top 2% of world scientists in the discipline of psychiatry.

Dr Andrade conducts training and research in clinical psychopharmacology in general and in electroconvulsive therapy and ketamine therapy in particular. He is also involved in the research and development of herbal psychotropic medicinal substances. He has completed a large number of studies in animal models as well as in human subjects in both alternative medicinal and modern medicinal fields.

Dr Andrade is an experienced research methodologist with additional expertise in statistical methods. He conducts courses in statistics and research methodology. He is also a committed educator. He publishes an independent, thrice-weekly electronic newsletter, the Synergy Times, which, since 2001, has been reaching psychiatrists across the world. Dr Andrade also runs the e-Journal Club India initiative which, since 2016, has been providing education and guidance on issues related to research to postgraduate students and academic psychiatrists in the country.

Dr Andrade is an active freelance journalist with a crossword column that ran for 6 years. He has published three books for children and around 800 articles in various newspapers and magazines. He has played 4 musical instruments for several orchestras and musical groups in Bangalore. He composes music, has written the anthems of two schools and one college, and has featured often in radio and television broadcasts. He has been a state-level middle-distance athlete, a rock-climber, and a mountaineer; he has scaled 9 peaks in the Himalayas, as well as Mount Kilimanjaro, which is one of the Seven Summits of the World. He performs stage and close-up magic as additional interests.