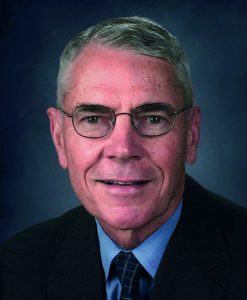 Since Charlie Bowden’s passing earlier this year, many colleagues and friends have lauded his accomplishments and expressed appreciation for his contribution to the field of bipolar disorder research—sentiments captured beautifully by Gin Malhi in the International Society for Bipolar Disorders newsletter.1 We worked closely with Charlie and wish to add some reflection on his impact on the field and on us.

It would be hard to overstate how profoundly Charlie impacted the study of bipolar disorder globally. Starting in an era when bipolar disorder was most often seen as an illness of little interest beyond the need for finding the right dose of lithium, Charlie was a tireless advocate for better treatments and better research methods.

His well-reasoned voice had a major role in making bipolar disorder research a public health priority. He worked globally with government agencies, academics, pharmaceutical companies, and advocacy groups on the importance of bipolar disorder as a treatment target. An early proponent of integrating measurement into routine care management, he developed a single scale addressing all phases of bipolar illness, the Bipolar Inventory of Symptoms Scale.

Over several decades his name was prominent among authors of papers establishing the roles of anticonvulsants and second-generation antipsychotics in the acute and maintenance treatment of bipolar disorder. Charlie was renowned for his excellence as a scholar and teacher, and he designed, or was consulted on the design of, the most influential bipolar disorder studies. In scholarly meetings, Dr Bowden often corrected those who introduced him as an “expert.” He humbly explained that in his mind, the term didn’t fit: “Given all that we don’t know, I must regard myself not as an expert, but as a student.…” Once he liberated us from having to be experts, we were all able to be students along with him.

Charlie often reminded us of the importance of achieving consensus among the global community of bipolar researchers. Toward this goal, he modeled mutual respect and good humor. Instead of arguing for a side in typical academic debates, Charlie simply asked what study design we would propose that might cause us to accept the need to change our minds.

His words inspired senior as well as junior colleagues across the world. He gave enormous encouragement to young colleagues. He spoke praise loudly and used a softer voice when reminding us that our scholarship could and should be improved. He strongly supported the concept of diversity and inclusion in academics well before it became a public concern. He recognized the importance of mentorship and consistently served as a mentor to both new and established researchers. His goals were backed by action during the many trips from his native Texas to Europe, Asia, and other regions.

On a personal note, we feel richer for having known Charlie. He was unparalleled in both conveying humility and never losing sight of the humanity of people with bipolar disorder. Along with these qualities, he possessed the charm of a proud Texan. Before he spoke with you, your impression of him might be based on the terse manner and closely cropped hair expected of a college valedictorian. This vision was quickly replaced by an appreciation of the wry humor and chuckling smile he used to welcome his friends.

Charlie’s respect embraced all who collaborated on the journey of bipolar disorder research. He was part of the key ingredient that made people working in the area of adult bipolar disorder feel like part of a connected group and a “family.” To every professional meeting Charlie brought his high standards for academic rigor and the warm tone of his camaraderie. He was friendly by nature, and his character traits of honesty and integrity made him an especially valuable friend. He brought enthusiasm and quiet passion to his work. As seen in the gift he and his wife gave to the International Society for Bipolar Disorders late in his life, he sought to be a model and open the way for others to follow. We will all miss our genial mentor and will do our best to follow his example.