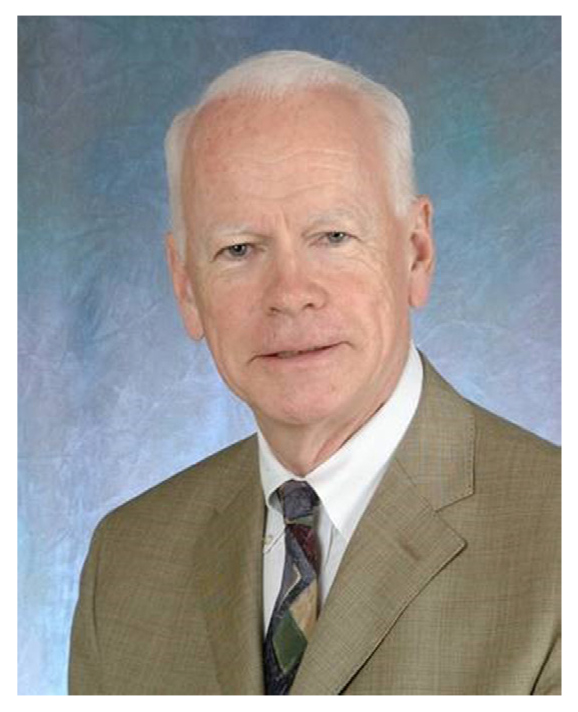 Frederick King Goodwin died on September 10, 2020, in Washington, DC, from congestive heart failure. In his final years, he suffered from the sequelae of Parkinson’s disease, which, early in his career, he himself had studied, in nearly a dozen studies on l-dopa’s psychotropic effects. He was well known as a founding pioneer of psychopharmacology; as an expert in manic-depressive illness, authoring the standard text in the field; and for his leadership of the National Institute of Mental Health.

Born in Cincinnati, Ohio, he grew up from early childhood in the Washington, DC, area, where his father, who arrived in 1945 as director of the War Manpower Commission under President Truman, worked for decades as a senior leader in the Department of Labor. As a native Washingtonian, Fred loved all things DC: the city itself, the politics, the National Institutes of Health, the football team. In later years, he considered leaving for a chairmanship elsewhere but decided to stay in his hometown. Like his father, he valued federal civil service, and he served for about 30 years at the National Institute of Mental Health (NIMH). He graduated from Georgetown University in 1958, majoring in philosophy; received his medical degree from Saint Louis University in 1963; and completed psychiatry residency at the University of North Carolina Chapel Hill afterward. On returning to Washington and joining NIMH, Fred entered on the ground floor of the psychopharmacology revolution. He established himself as a prominent spokesman for a new drug with efficacy in randomized trials in Scandinavia: lithium. He traveled the country teaching about it before and after its US approval in 1970.

At NIMH, working with William "Biff" Bunney and others, he advanced research on depressive and manic states throughout the 1970s, becoming Chief of the Laboratory of Clinical Psychobiology, followed by appointment as NIMH Scientific Director and Chief of Intramural Research from 1981 to 1988, then head of the Alcohol, Drug Abuse, and Mental Health Administration (which included NIMH) until 1992, and then director of the NIMH until 1994. Fred oversaw a golden era of intramural research at NIMH, where researchers would receive budgets for their programs, not for specific research projects. Within overall program budgets, they could study whatever they wanted. This approach incentivized innovation and allowed researchers to "take a flier" on risky ideas. Fred always felt that this process, which has not survived, promoted the best scientific research.

Fred lived a very public life, and the reason for his departure from the NIMH was well documented in the popular press, having to do with controversy over remarks he made about a federal violence initiative. A lesson he learned, he said later, was that in difficult times, you find out who your friends really are.

Contrary to the dictum that there are no second acts in American lives, in his late 50s, Fred returned to his roots in mood research. In the 2 following decades, as a professor at the George Washington University, Fred added to his already extensive scientific output. While at NIMH he had published a 1990 textbook, Manic-Depressive Illness,1 coauthored with Kay Jamison, which became an instant classic, based on Fred’s ability to synthesize knowledge in the entire field along with Jamison’s unique contribution of her personal experiences and psychological expertise. The text was a major basis of Fred’s international reputation. He always emphasized the importance of authoring a textbook oneself, or with a single coauthor, as preferable to the modern tradition of edited texts with many authors each writing a single chapter. His approach was old-school, perhaps contributing to its large impact. Some said that if Kraepelin’s textbook2 was the Old Testament, Goodwin and Jamison had written the New Testament. (Fred kept the Manic-Depressive Illness title in both editions of his text in honor of Kraepelin, whose views he felt were more valid than DSM-based definitions of unipolar depression and bipolar illness.) The second edition,3 delayed until 2007 by the rapid growth of the field inspired partly by the first edition, was written by Fred with the assistance of 8 chosen colleagues, a hybrid between a coauthored text and the common edited multiauthored text.

Besides constant scientific articles, extensive traveling and lecturing, and the textbook revision, Fred also launched a highly successful radio show in 1997, The Infinite Mind, heard on public radio for a decade. Drawing on his large professional circle, Fred’s interviews were scientifically solid yet accessible to the educated public. Combining a personal resemblance with his media skills, some called him the "Johnny Carson of psychiatry." This public activity also ended in public controversy, related to supposed nondisclosure of pharmaceutical industry links, which were in fact repeatedly disclosed in his publications and lectures. Fred was an advocate for psychotropic medications, indeed one of the founders of the whole field, and a supporter of an important role for private enterprise in drug development. But he also opposed the use of antidepressants in bipolar depression most of his career, against many colleagues and clinicians, and he always supported lithium, a cheap generic drug with no pharmaceutical industry links, as the best agent for bipolar illness, if not all psychiatry. "If you can’ t or won’ t use lithium," he often said in his lectures, "you should get out of the business of treating bipolar illness." He didn’ t shrink, however, from criticizing those who rejected psychiatric medications for nonscientific reasons.

A true scholar has perfect freedom, Emerson remarked. This concept agrees with my experience of Fred: if something seemed true, he accepted it; if it turned out false, he dropped it. With this truth devotion came a social tact. Most people liked him, even if they disagreed with him.

Along with all of his academic activities, Fred also had a very active private practice throughout his life, including the Washington elite: senators, journalists, power brokers. He served the important and non-important equally, warning about the danger of providing poor clinical care to the famous by treating them differently. Like many in his generation, his private office was in the basement of his home, along with that of his wife Rosemary, a psychiatric social worker. They loved animals and understood their therapeutic effect. The family dogs and cat would wander into their offices, and patients would sometimes call ahead and say, "It’s been a tough week—make sure the cat is there." Fred valued clinical practice and respected the private practice community, and, for all his academic achievements, he considered himself one of them.

Being a Washingtonian, he was a political man, and his politics were right of center. But he enjoyed debating contrasting ideas, pleasantly and productively, with friends and colleagues.

He spoke of "scientific citizenship," meaning the need to provide peer review of articles and grants, to attend conferences, and to support patient advocacy groups—all pro bono as one’s scientific duty. As a founding father of modern psychopharmacology, he did not have a prominent mentor and instead became one. He spoke of "scientific generations," which he timed to about a decade, meaning that in each decade researchers should teach those who follow, as parents do children. He called them "scientific children and grandchildren," and his own at NIMH became major investigators in psychiatry.

He was generous in his mentorship. When we first met in his George Washington University office, in the mid-1990s, I was awed by his pictures with the pope and with presidents—the classic Washington, DC, power office. Even though I was unknown to him and new in town, he took me seriously and helped start my career, as he restarted his own. After I left Washington a few years later, weekly phone calls for over a decade continued the career counseling and scientific interchange that became personal friendship.

As with all good persons, his vices were excesses of his virtues. He ignored trifles, but could engage in denial. He was incapable of duplicity, but could be too frank and in the wrong setting. If he suffered from public controversy, it was because he valued engaging with the public.

He came from a large family and had a large family, with 3 children and 10 grandchildren, of which he was proud. In later years, he enjoyed traveling to Europe with grandchildren, much as he had many times with Rosemary, who died in 2013 after 49 years of marriage. He remarried, saying marriage had been so good to him once, he wanted to try it again. In his last years, the work decreased; the affection remained. What he said to me a few years ago over dinner was true for his large biological family, and his larger scientific family, and his even larger public family: We’ d been through a lot together.

Frederick Goodwin lived a long, eventful, and full life. He died not only a man in full, but a man who had given his fullness to the world and left it more full of goodness and knowledge and health than was the case before he joined it.