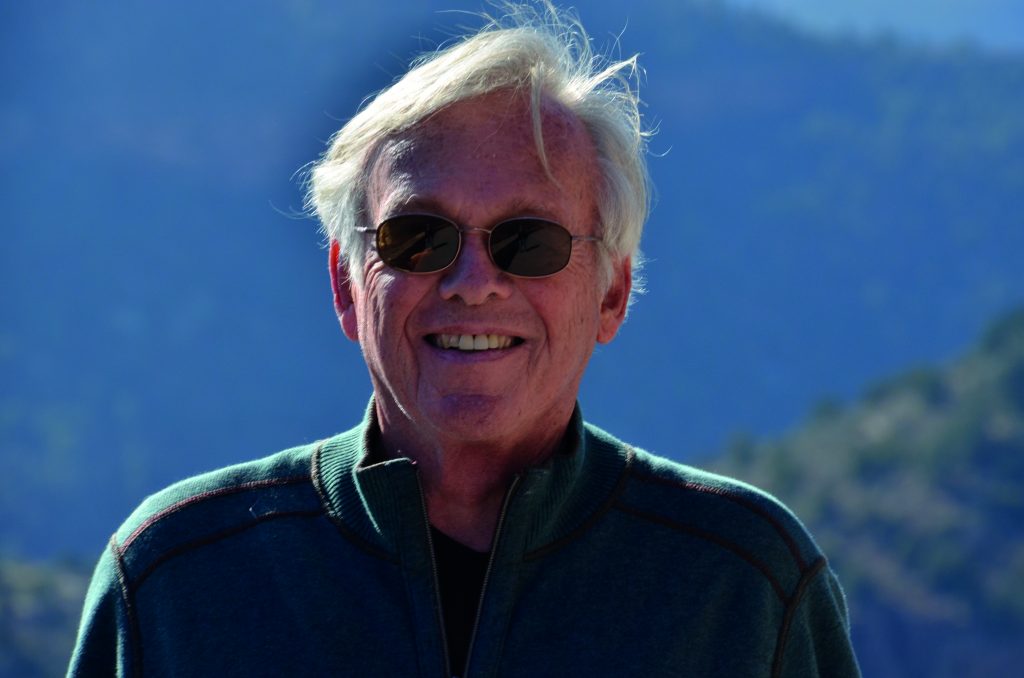 Jan Fawcett died on May 9, 2022, at the age of 88, after years of health struggles. Born in Jamestown, New York, Jan grew up in Hamburg, New York, where he played high school football before attending the Naval Academy. Upon learning that being color-blind would preclude his becoming a line officer, he transferred to University of Rochester to finish college and pursue his lifelong dream of becoming a physician. During this time, he spun records as a jazz DJ for the college radio station.

A graduate of Yale Medical School, Jan completed a public health internship at Langley Porter in San Francisco and finished his psychiatric residency at Rochester. During the birth of Psychopharmacology, Jan was a clinical research associate working in the Depression Project at the National Institute of Mental Health (NIMH). He later moved to the Rush Medical Center to become one of the country’s youngest chairs of psychiatry, a position that he held for 30 years. After retiring from Rush, Jan joined the faculty at the University of New Mexico, where he continued to teach and practice, as well as to engage in clinically impactful research and encourage others to do the same.

Jan built a topflight department of psychiatry at Rush and played a major role in guideline development and, more recently, as chair of the DSM-5 Workgroup on Mood Disorders, among many others. Recognizing the need to optimize patient care in areas such as forensic and geriatric psychiatry, his department was one of the earliest to establish fellowships in these areas. The junior author (S.D.H.) was so taken with the quality of Jan’s leadership and the esprit de corps of his department at Rush that he twice tried to leave a tenured position in psychology to join Jan in Chicago. Family pressures contravened, and he settled for commuting to Chicago weekly through the 1990s and actively collaborating on a 3-site randomized controlled trial through the 2000s.

As a clinician and researcher, Jan aimed to frame clinically impactful questions to get actionable answers that mattered most to practitioners, patients, and families. His work often challenged conventional wisdom. Could persons with very unresponsive depressions be safely and effectively treated with an MAOI combined with another agent? Is pramipexole an effective agent to augment antidepressants?

Jan’s work anticipated or led the field in many areas. He specialized in treatment-resistant depression before “TRD” became an acronym. He developed a scale to measure anhedonia before it became the target for treatment development that it is today. He wrote of treatment algorithms before they were in vogue. He authored the first “manual” for how to diligently deliver psychopharmacologic treatment to depressed patients for the NIMH Treatment of Depression Collaborative Research Program. No one so thoroughly defined the clinician’s role in medication treatment. His work identified the key role of anxiety in predicting suicide. His early work pioneered the development and testing of medication challenge tests and other biomarkers to address the still vexing heterogeneity of depression and to better select the optimal medication for a given patient. He was staunchly committed to finding and testing a range of innovative treatments.

Jan was a perpetual educator, and his contributions were monumental as a teacher, mentor, administrator, and contributor to the profession. He was magnanimous in taking the time to contribute to others’ career development, asking nothing in return. Many of his young students and faculty have become tenured faculty. His advice in discussing mentoring research ideas was always pragmatic. Jan often asked, “What difference will it make to patients and families?”

Jan was passionate about collecting evidence to test beliefs (the plaque on his desk read, “One experiment is worth a thousand opinions”). This passion was the driving force in his approach to clinical science. A constructive and erudite contrarian, he loved to sharpen the minds of students and colleagues. He loved intellectual and clinical challenges, and he loved being challenged. Jan’s wife and professional colleague Katie Busch, MD, described the “Dr Fawcett Is Wrong” Award, in which Jan awarded a bottle of wine to any resident who found research contradicting something he had taught them.

As a clinician, Jan was known as the “doctor’s doctor.” Physicians around the world would consult with him or send him patients who were having a difficult time recovering. The senior author (A.J.R.) was just a few years out of residency when he first met Jan, who had just been appointed chair of psychiatry at Rush. A.J.R. asked Jan to help critique items in a depression scale that he was developing. Jan offered his time and his wisdom freely and eagerly. He did so again when A.J.R. consulted him regarding challenging patients with depression, even though Jan was in Chicago and A.J.R. was in Dallas. Jan guided A.J.R. through the use of certain medication combinations that were not commonly used to ensure that A.J.R. got it right and that the medication regimen was safe. A.J.R. was not alone in receiving this aid. It was common knowledge in the field that if you did not know what to do next for a patient with treatment-resistant depression, you called Jan and he would come up with a creative and well-reasoned approach.

If asked about the new catchphrase (in some circles) “patient-centered care,” Jan’s response would always be, “Is there any other kind?” He was an avid supporter of advocacy groups, both those run by patients and those run by families, in their efforts to get more funding for research, decrease stigma, and improve treatment. Of the numerous awards that Jan earned, the one that meant the most to him was from the Depression and Bipolar Support Alliance (DBSA): the Dr Jan Fawcett Humanitarian Award. Junior author S.D.H. attended the DBSA award ceremony in May of this year at the American Psychiatric Association meeting in New Orleans in the aftermath of Jan’s death, and the level of reverence and affection in which he was held was remarkable. It was Jan who had encouraged the women who came to him with the germ of an idea to found DBSA, an organization that has grown into one of the most effective patient advocacy groups, with 6,000 members nationwide.

Jan is less well known for his deep interest in the meaning of life, and what makes us better or lesser as humans. His novel Living Forever explored the relationships between technology and the mind, and his study of the Torah, Talmud, and Bible readily connected with his scientific and clinical interest in psychotherapy (especially cognitive therapy), as it rests on many assumptions found in Stoicism, Eastern religions, and meditation. Compassion was a driving force for Jan.

Jan qualified as a “triple threat,” as he made lasting, major contributions as an educator, clinician, and researcher with a focus on mood disorders—especially those involving suicide, which are the most challenging to treat. He was an advocate and a mentor, a contrarian who was pragmatic yet kind. Perpetually curious, Jan was an innovator and a risk taker. Passionate about life, Jan gave freely to others and never, never, never gave up on a patient.

Jan’s contributions were recognized by numerous honors and awards, including the Anna Monika Award for the study of catecholamines in depression, the William C. Menninger Memorial Award from the American College of Physicians–American Society of Internal Medicine, the Falcone Prize for affective disorders research from the National Alliance for Research on Schizophrenia and Depression, and multiple awards for his work in suicide prevention. For many years, he was the editor for Psychiatric Annals. But he will be best remembered by his many students and patients who benefitted from his wisdom and drive.

Faces Scales for Anxiety and Anger: A National Study of Measurement Properties

Faces scales are used worldwide to assess pain. This study aimed to develop and evaluate m...

Transcranial photobiomodulation may be efficacious for major depressive disorder, but the ...

Clonazepam to the Rescue? Post-Steroid Mania and a Paradoxical Response to an Atypical Antipsychotic

This is the case of a patient exhibiting post-steroid mania with agitation, for whom olanz...

Faces Scales for Anxiety and Anger: A National Study of Measurement Properties