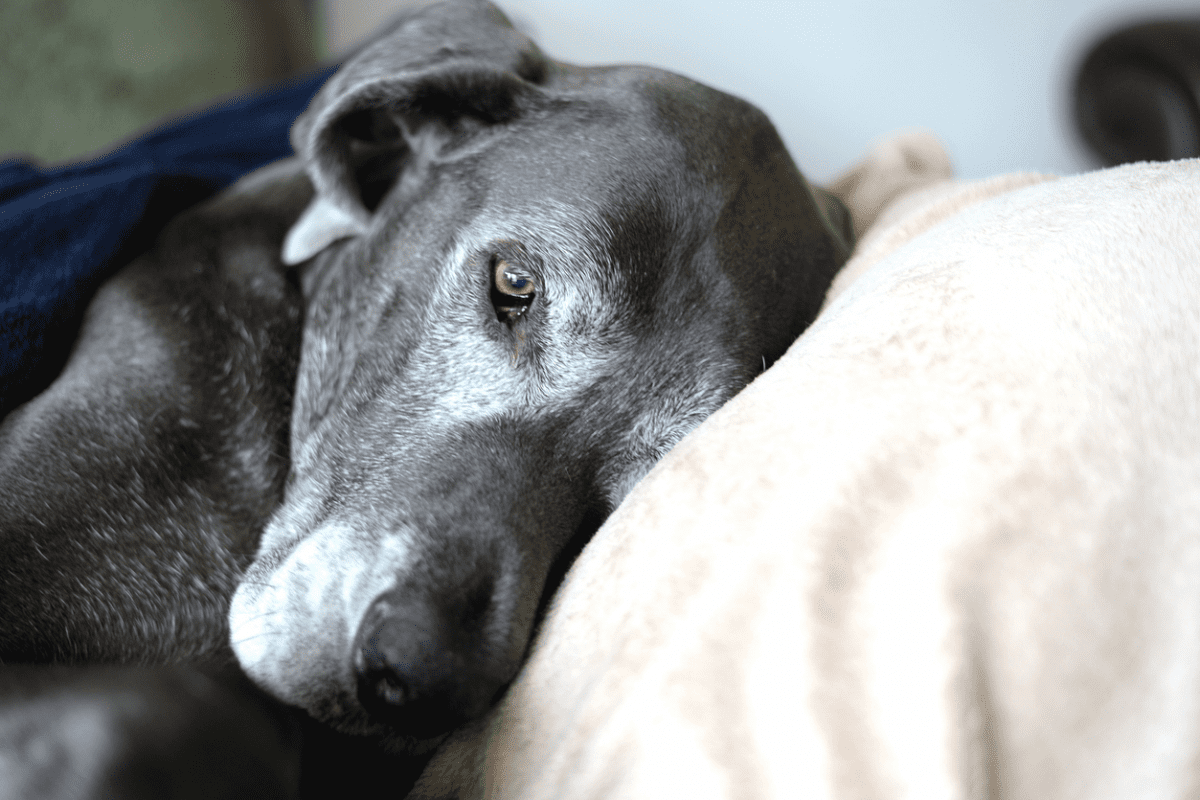 If your older dog backs herself into a corner and can’t figure a way out, it could be a sign of doggy dementia, otherwise known as Canine Cognitive Dysfunction (CCD.)

Now a new University of Washington study published in the journal Scientific Reports, finds that CCD is more common than once thought. For every year past the age of 10, the odds of your fur friend having cognitive difficulties rises by 52 percent when factoring in variables such as health problems, sterilization, activity levels, the study found. The chance of a dog being diagnosed with CCD increased to 68 percent for every birthday after 10, when based on age alone.

Breed didn’t seem to have much effect on the risk of cognitive decline, the study found. But size did matter. Since small pups tend to live longer, they are more likely to be diagnosed with dementia, the authors speculated.

Doggy dementia presents a lot like the human versions of the condition. Older pooches may experience learning and memory deficits, loss of spatial awareness, altered social interactions, and disrupted sleeping patterns. Certain neuropathological features such as amyloid-β plaque deposition are also quite similar in both species, the authors noted.

The good news is, the same things that help humans stay sharp can also help their doggos: a healthy diet, less stress and especially, plenty of exercise. Among dogs of the same age, health status, breed type, and sterilization status, odds of CCD were 6.47 times higher in dogs who were essentially couch potatoes compared to those who got plenty of activity.

“Previous studies with rodent models have demonstrated that exercise can have protective effects against the development of biological markers and subsequent behavioral deficits characteristic of Alzheimer’s disease,” researchers noted in their study writeup.

The study’s observations may reflect a“variety of biologic mechanisms, including a reduction of pro-inflammatory cytokines in the brain that otherwise contribute to neural damage and death, and an increase in neural plasticity, they added. But the researchers also cautioned that the correlation may sometimes be the result of a dog slowing down due to worsening cognition versus the other way around.

However, despite its size, one weakness of this trial is that the data was self-reported on two separate surveys by dog owners who were asked to recall their dog’s behavior from months and even years past. Misremembering and misreporting may have skewed the results.

With a better understanding of CCD, veterinarians may be able to pin down a more accurate diagnosis in their patients. They might help further research into human forms of dementia too. Because there are so many similarities in brain aging between the two species, dogs could serve as a valuable animal model to study neurodegenerative diseases in human populations, the researchers said.