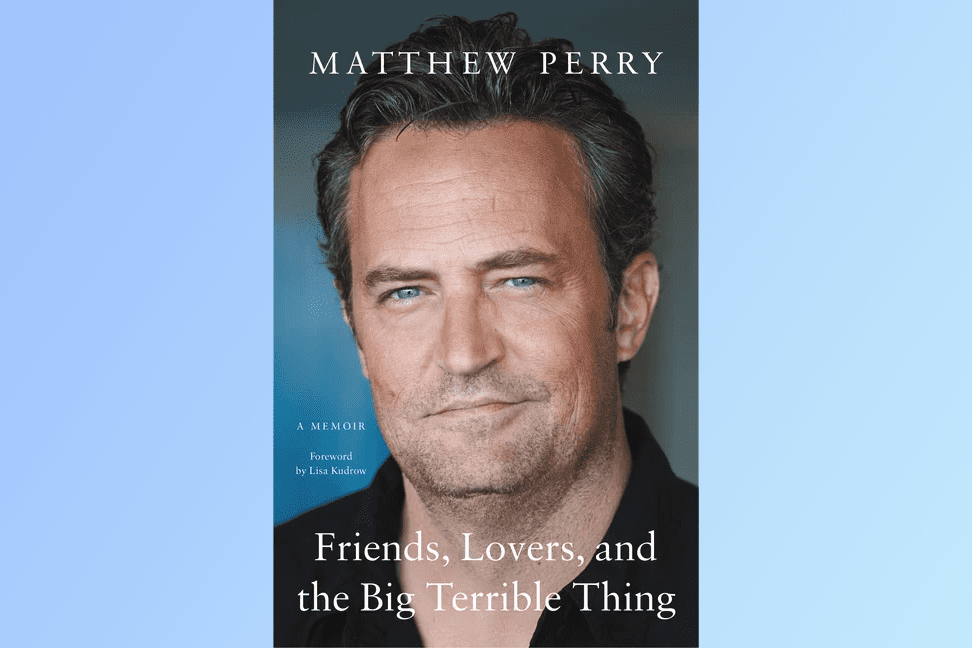 Clinical Relevance: even patients with privileged backgrounds may abuse drugs and alcohol

Actor Matthew Perry says he is among the 3 million Americans who live with opioid use disorder. He reveals the details of his addiction in his new book, Friends, Lovers and the Big Terrible Thing, (Flatiron Books)

The book chronicles his decades-long addiction to substances including Vicodin, Xanax and OxyContin. After having his first drink at age 14, his constant opioid overuse resulted in several life-threatening situations.

Extended-Release Naltrexone on Readmission Rates in Alcohol Use Disorder

The Friends star writes about a time that he almost died at age 49 after his colon exploded from opioid use.  He was in a coma and on life support for two weeks after the incident, then spent five months in the hospital and used a colostomy bag for another 9 months, he writes.

“I had been on opiates, and off opiates, and back on different opiates for so long that I suffered from a situation that only a subset of the population gets,” Perry writes, adding that he underwent 14 follow-up surgeries after the initial seven-hour emergency procedure.

The experience “miraculously removed my desire to take drugs,” he writes.

However, he was at it again in 2020. This time he admits to faking symptoms while staying at a Swiss-based treatment center so doctors would prescribe hydrocodone. That lie almost cost him his life, he writes. When the drug mixed with the propofol he was prescribed before surgery, it stopped his heart.

“I was given the shot at eleven a.m.,” Perry writes. “I woke up 11 hours later in a different hospital. Apparently, the propofol had stopped my heart. For five minutes.”

“I have been to six thousand AA meetings. (Not an exaggeration, more an educated guess.) I’ve been  to rehab fifteen times. I’ve been in a mental institution, gone to therapy twice a week for thirty years, been to death’s door,” he writes. Now, at age 53, he says he has been sober for more than 18 months.

Throughout his career, Perry says that addiction strained his relationships and cost him acting roles. But credits his starring role on the popular sitcom for keeping him alive. Without the show,   – and his costars’ support – he says he might have wound up on the street shooting heroin into his arm. He also acknowledges his privilege, noting that over the years he has spent more than $7 million trying to control his addiction.

Many Americans aren’t as fortunate. According to the Center for Disease Control and Prevention, overdoses are the number one cause of accidental death – and the third largest cause of death overall – in the U.S. There were over 107,000 fatal overdoses in the U.S. in 2021 which, according to CDC statistics, is the highest number of overdose deaths ever recorded in a single year. Overdose deaths involving synthetic opioids such as fentanyl, psychostimulants such as methamphetamine, and cocaine all increased between 2020 and 2021.

Effective addiction treatment like the kind Perry received is hard to access and rarely covered by insurance. Only 10 percent of people who need treatment ever receive it.

Perry’s book is now on sale wherever books are sold.