Neuroscience Explains Why Video Calls Are So Exhausting 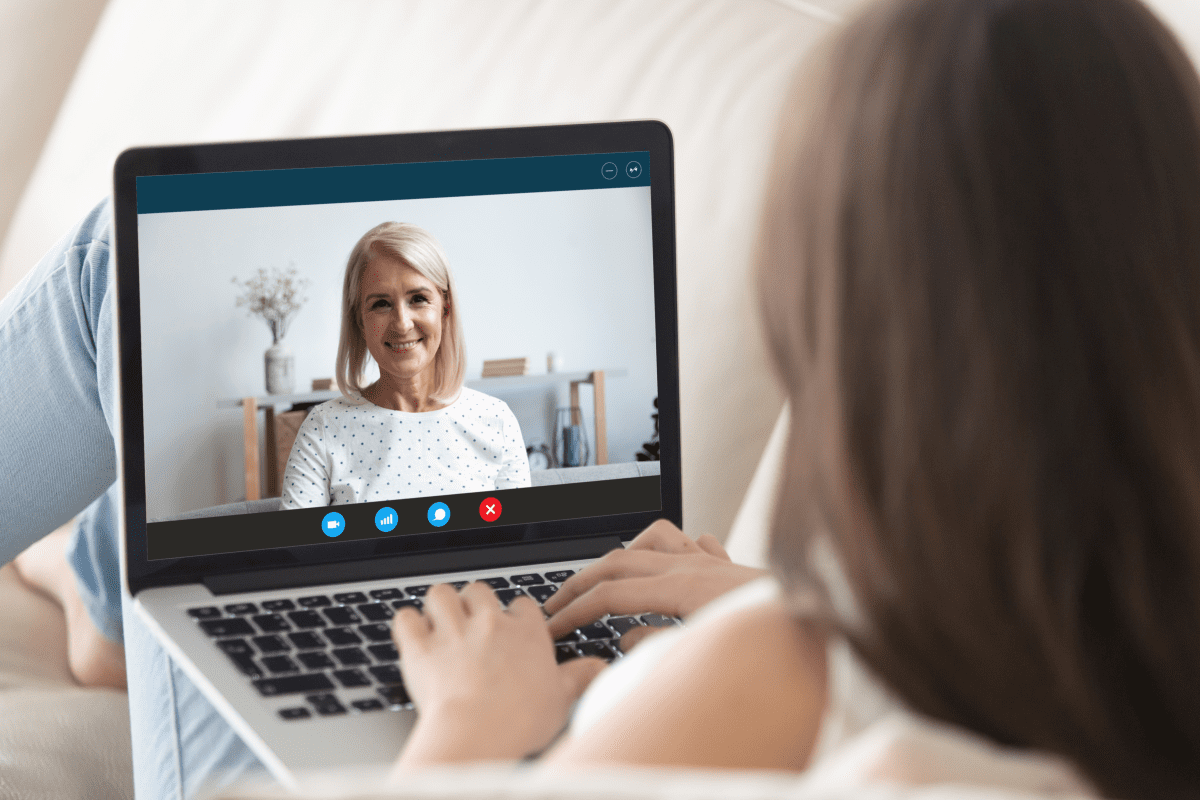 Clinical Relevance: Virtual communication has its place, but meeting face-to-face is easier on your brain and helps foster communication

If you’ve experienced “Zoom fatigue” after a long string of virtual calls, it may be because your brain has been forced into overdrive, a new study suggests.

Montreal investigators found that when conversations take place through a screen versus face to face, our brains work a lot harder to make a connection with others. It renders communication less effective and requires greater focus and concentration, the researchers said.

To test this theory from a two-brain perspective, the researchers used an electroencephalogram to measure the electrical activity in the brain between 62 mothers and their child (ranging in age from 10 to 14) as they chatted first in person and then by remote video. They used a specialized technique known as hyperscanning, which simultaneously records the brain activity in multiple subjects.

When they were in the same room, the brains of the moms and kids were in sync; the researchers measured nine key “cross brain links” between them. But during the virtual chat, only one link between the pairs was observed. Notably, the single brain link between mother and child that occurred during the video-chat communication lit up the mother’s right frontal region and the child’s left temporal region.

Simply put, video chatting makes it more challenging to pick up on many of the non-verbal signals like eye contact and facial expressions we rely on to understand how another person is feeling. This, in turn, can diminish empathy and other emotional connections that come naturally when conversing in real life.

“It’s the saying of being on the same wavelength,” lead researcher Guillaume Dumas, of the Université de Montréal and Sainte-Justine Children’s Hospital, told the Canadian Press, adding that what’s clear from the study is that certain cross-brain connections are missing when people talk through video conferencing software.

The researchers admit that they can’t say for sure whether brain overload and the more limited inter-brain connections during remote interactions are the entire cause of Zoom fatigue or “virtual fatigue,”  as it’s sometimes called. Delayed social feedback, people turning off their video and audio, tech fails, and poor posture probably also make a contribution to that wrung out feeling many people report after a long day of slogging through virtual calls.

But it certainly raises some red flags for how developing young brains might be changed when exposed to more Facetime and less face-to-face time, the researchers warned.

Although tech savvy, “adolescents and young adults who use technology daily are still experiencing severe hardships in adjusting to Zoom chats and remote communication,” the researchers wrote. “We need to understand the cross-brain consequences of technological communication at different stages of child development and with different familiar and unfamiliar partners.”

For example, previous research reported a severe reduction in academic skills that are gained during a typical school year of junior or senior high school as compared to a year of the COVID-19 pandemic when learning took place remotely via technology. Most college undergraduates rated online learning “somewhat difficult” to “extremely difficult.”

There are also broader implications to consider such as how remote communication impacts parenting, falling in love, couple relationships, social communities, self-identity, and resilience the researchers pointed out. Experiencing the bulk of social interaction through a screen might also lead to a rise in cyberbullying, spurred on by a lack of understanding for the consequences, they added.

“People who would not have acted (in person) have much less difficulty engaging in toxic behavior online,” Dumas said.

The paper concluded that there needs to be more research to fully understand the impact of technological encounters on the brain, especially its effects on neural maturation. “This has critical implications for the future,” they wrote.