Survey: 42% of Gen Z Diagnosed With a Mental Health Condition 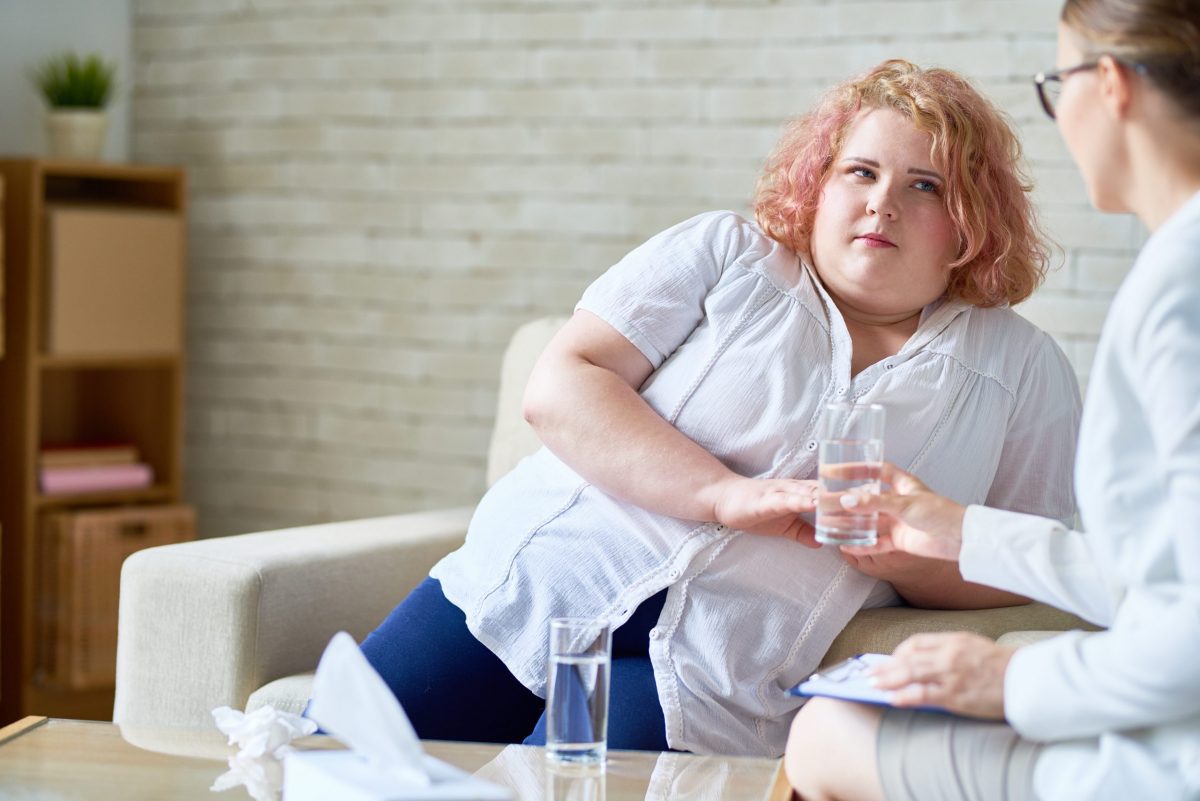 The younger generation has powered through a lot of upheaval in their short lives but it’s taken a toll on their mental health. A new survey finds that an astounding 42 percent of those born between 1990 and 2010 – Gen Z – have been diagnosed with a mental health condition.

The survey, conducted by Harmony Healthcare IT, a data management firm that works with health data, surveyed more than a thousand people aged 18 to 24 about their mental health and concerns about their generation’s future.

Alcohol-related Behavior and QoL During Pandemic

Much of Gen Z angst relates to the global pandemic which began in 2019, the survey found. A quarter of respondents were diagnosed with conditions including anxiety, depression, ADHD or PTSD during the height of COVID. Nearly 70 percent say the pandemic was tough on their mental health. It made them feel lonely and concerned about the future, the survey revealed. 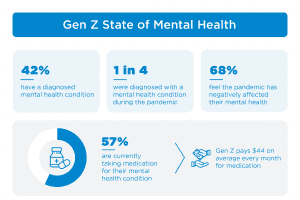 In fact the majority – 85 percent – of the respondents say they are worried about the future. Their top concerns unsurprisingly center around finances and the economy. But they’re also stressed out about things like politics, the environment, violence and work issues. Nearly 90 percent of Z’s say they don’t feel set up for success and 75 percent of them believe they are at a disadvantage compared to the older generations. 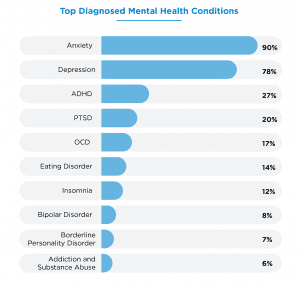 Digital natives, as they are also sometimes labeled, report feeling comfortable talking about their personal struggles with someone else, especially their friends, siblings, and parents. However, they’d prefer not to have those conversations with a boss, grandparent or stranger. One in five are in therapy. Nearly 60 percent are on some sort of medication to help manage mental health. 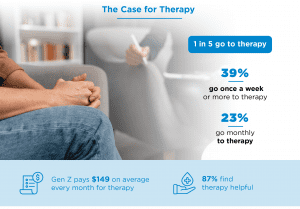 Despite so many wrestling with psychological challenges, 79 percent of Gen Z believe their age group is best at addressing mental health; 82% of Gen Z feel Baby Boomers (aged 55-64) are the worst at talking about mental health but took a more positive view of Millennials (Ages 26-41) and their approach to discussing mental health.

Of the survey respondents, 47 percent were men, 45 percent women, 6 percent nonbinary, and 2 percent transgender. They ranged in age from 18 to 24 with an average age of 22. Gen Z is the most racially and ethnically diverse generation in U.S. history, according to Pew Research Center.