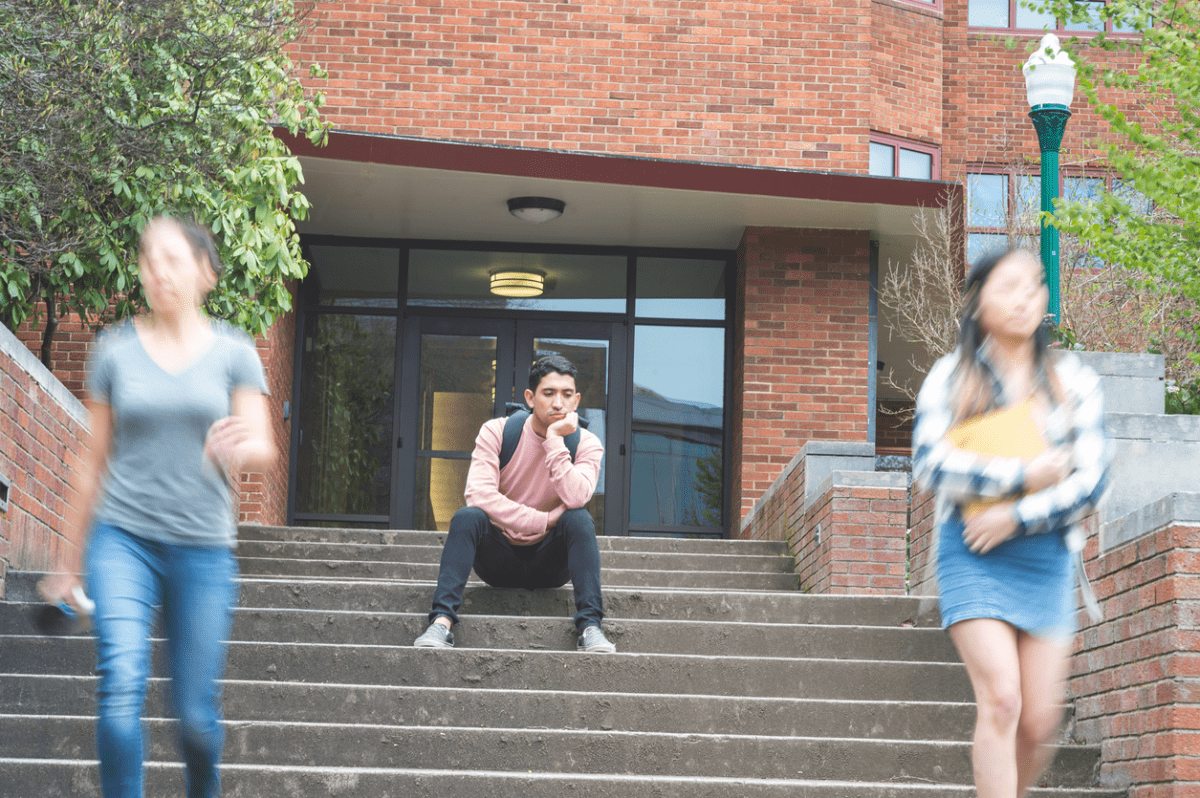 The pandemic certainly did college students no favors when it comes to their mental health.

Add isolation, uncertainty, and trouble accessing resources to the usual list of adolescent pressures, and it’s no wonder that more than 70 percent of nearly 200 students surveyed for a National Library of Medicine study blamed the COVID-19 outbreak for increased feelings of stress and anxiety. Of university students who participated in another survey conducted by Carnegie Mellon University, 61 percent were found to be at risk of clinical depression. That’s twice the rate prior to the pandemic.

Even before the virus changed the world they lived in, Gen Z (the typical college ages, 18-22) was feeling the heat. A full 40 percent of them experienced depression so severe they admitted having difficulty functioning, warned the American College Health Association (ACHA.)

Psychiatrist.com surveyed students at Rutgers University in New Jersey to hear what they had to say about mental health and the stigma they perceive about asking for help. Their words, as well as recent statistics about the state of mental health in college-aged adults, are enlightening.

The crisis among youth is so dire, suicide is now the second leading cause of death among college students, according to The Suicide Resource Prevention Center. About 12 percent of college students report having suicidal ideation during their first four years in college, with 2.6 percent reporting persistent suicidal ideation. This is such a concern that most colleges and universities now have some sort of suicide prevention programming available both in person and online.

Students of color have taken a disproportionately large wallop to their mental health. The website, Open Campus reported on a “The Healthy Minds Network” study that found significant increases in mental health concerns during the pandemic among students who are American Indian, Alaskan Native, Asian, Pacific Islander, and Desi American. Although multiracial students saw a 45 percent increase in the prevalence of one or more mental health problems, those receiving treatment only grew 9 percent.

The LGBTQ+ community is another group whose mental health has not fared well. They are at higher risk for substance misuse, depression, suicidal ideation, and disengagement than their non-LGBTQ+ peers, according to a new Proud & Thriving Project report.

As the report noted, lockdowns and long stretches of online learning only made the situation worse.

Nearly all the counselors and administrators surveyed said that living in a COVID-19 world, their LGBTQ+ clients claimed worsened symptoms of depression, anxiety, loneliness, and difficulty coping with stress. More than 85 percent singled out anxiety as the top-presenting problem with nearly the same percentage seeking therapy for depression. Three quarters cited family concerns like fear of being rejected for their identity as their biggest concern.