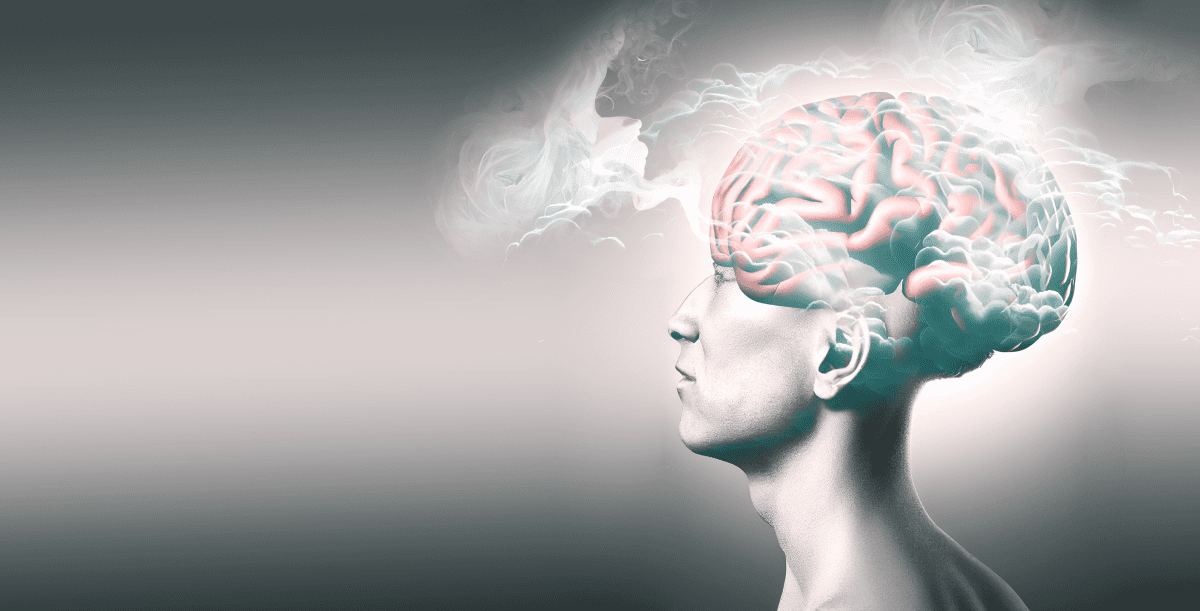 Clinical Relevance: There are treatments for patients living with the brain fog related to long COVID

Brain fog as a result of COVID-19 is as persistent as it is problematic. The COVID and Cognition Study found that a majority of people experiencing long COVID symptoms have reported brain fog. The Centers for Disease Control and Prevention estimates that almost 15 percent of patients in recovery from the virus experience cognitive malfunctions. Even more concerning, the risk of developing fuzzy memory and other neuro symptoms can last for up to two years after recovery.

Here, an explainer on everything we know–and don’t know–about COVID-related brain fog.

What is COVID brain fog?

Brain fog is a collection of neuropsychiatric symptoms that arise during a COVID infection or sometime after the initial illness. Technically, this isn’t a medical definition, but patients have logged a wide range of related complaints including difficulty thinking, glitchy memory, fatigue, confusion, and forgetfulness. For some patients, the effects persist for an extended period, years even.

Who is most likely to get brain fog?

One in five COVID-19 patients will develop brain fog and related problems after coming down with the virus. The most vulnerable groups include those who became severely ill, the unvaccinated, and anyone diagnosed with multisystem inflammatory syndrome (MIS) either while they were sick or at some point after they recovered. Women, Hispanics and bisexual or transexual individuals also seem to have greater risk, the CDC says. Patients note that cognitive symptoms can be just as troublesome, or worse, than the respiratory symptoms often associated with COVID.

Hints are emerging as to why some people develop brain fog. A preprint study, that has not yet undergone peer review, suggested that other coronaviruses could be contributing to the risk. From examining the spinal fluids of more than 100 patients with brain fog symptoms, researchers from Harvard, Massachusetts General Hospital, and the Massachusetts Institute of Technology discovered an underwhelming antibody response to SARS-CoV-2, the virus that causes COVID-19, but an overwhelming response to the coronaviruses associated with the common cold. Researchers theorize that a type of immune imprinting known as “antigen sin” could be causing the neurological symptoms of long COVID. This happens when the immune system continually responds to the first version of the virus it encounters, even after exposure to a related but different variant.

A staggering 90 percent of people diagnosed with long COVID, including symptoms of fatigue and brain fog, started out with a mild case of the virus. A 54-country analysis of over a million patients found that around 15 percent of people with long COVID were still experiencing symptoms more than a year later. Women are at twice the risk, the researchers said. Scientists said they don’t know how many of these cases could become chronic.

The hazy feelings related to COVID-19 infections generally have neurological rather than psychological origins, though they certainly can impact psychology. In a series of experiments, scientists publishing in the journal Nature Ageing discovered that gene usage in the brains of patients with COVID is similar to those observed in aging brains. Keep reading to understand why brain fog symptoms aren’t simply “all in the patient’s head.”

A new analysis published in the journal Nature found that SARS-CoV-2, the virus that causes COVID can linger in the body and brain for at least eight months. Looking at tissue samples from the autopsies of 44 people who died with COVID-19, researchers detected SARS-CoV-2 RNA and protein in the hypothalamus and cerebellum of one patient and in the spinal cord and basal ganglia of several others. Though the researchers said the majority of the brain was left relatively unscathed despite being hit with a heavy viral load, the findings could have implications in long COVID and associated brain fog.

What is happening inside the brain?

The virus seems to attack the brain on several fronts.

One theory suggests that the virus causes micro injuries to the brain. Damage to the olfactory pathway due to inflammation in the nasal cavity may be a major culprit, according to another theory. This “activates the trigeminal nerve branches, which can cause headaches,” according to Mia Tova Minen, MD, chief of headache research and a neurologist at New York University Langone Health, told the National Geographic.

An article in Nature speculated that the virus has a specific negative effect on astrocytes, the glial cells that transmit nerve impulses. The “infected astrocytes could explain some of the neurological symptoms associated with COVID-19, especially fatigue, depression, and brain fog,” the authors wrote. What remains unclear is how many infected astrocytes might lead to neurological symptoms, the Nature paper noted. The extent of the symptoms seems to depend on where in the brain the damaged cells are located and how severely they are hit.

Another Nature paper cited reduced blood flow to the brain that impairs or even kills gray matter. This might explain some instances of brain fog and worse outcomes, like stroke. Studies are currently underway to see if drugs designed to treat high blood pressure could be an effective treatment.

Other scientists suspect the immune system is somehow involved. Antibodies created to fight the virus may go rogue and attack the immune system itself. At least one study showed evidence that such an autoimmune compromise could contribute to neurological issues including memory problems.

Does COVID hurt the brain in other ways?

Research has shown that COVID-19 presents as multiple neurological symptoms besides brain fog. Out of a total 3,743 patients, 3,083 (82 percent) reported neurological symptoms such as headache and loss of sense of smell and/or taste, a 2021 investigation found. Additionally, other neurological manifestations can include acute encephalopathy, a syndrome of overall brain dysfunction, as well as more rare instances of coma and stroke.

Yet a new Plos One study indicates that loss of sense of smell or taste might actually be a good sign. So called chemotherapy disruptions could signal that the immune system is strong and fighting back against the virus. There also appears to be a link between sensory deficits and less severe disease, although these symptoms were present in up to 62 percent of patients with the disease including people with severe illness, the study found. In about 20 percent of COVID cases, loss of senses was the only indicator of a positive COVID status.

How long are symptoms likely to last?

Research is ongoing, so it’s unclear how long the neurological symptoms of long COVID persist. Anecdotal evidence, plus some preliminary evidence, suggests that COVID long haulers may be in it for well, the long haul. A new CDC report also indicates it can sometimes come to a deadly end. It played a part in at least 3,544 deaths in the U.S. in the first 30 months of the COVID-19 pandemic, which accounts for about one percent of all COVID deaths during that time period (most likely to die were older, white, and male). However, the report suggested that this is likely to be a vast undercount considering the prevalence of long COVID. For example, it does not take into account people who died by suicide as a result of depression and other neuropsychological symptoms brought on by long COVID.

How can you help your patients?

Lingering cognitive difficulties can be frustrating. Encourage your patients to share their symptoms plus any depression or anxiety they experience as a result. And the usual tactics such as exercise, healthy diet, plenty of sleep, and limiting alcohol may offer some relief. Experts have begun to explore some promising therapies that demonstrate benefit for the cognitive difficulties related to other viral infections such as Lyme disease.

Some therapists are trying neuroplasticity-based therapies which could work by rewiring the limbic system. Rebuilding the neural pathways may optimize function in all systems of the body, including the brain.

University of Alabama at Birmingham has a study underway looking at constraint-induced therapy to reduce brain fog. This is an approach that has traditionally been used to address loss of limb and speech function by promoting neuroplasticity. It often uses a technique known as shaping which involves repeating the same task over and over again until it becomes ingrained.

Some therapists are also trying errorless learning with brain fog patients. Similar to constraint-induced therapy, it involves the patient repeating information numerous times but without error to help rebuild the memory skills hampered by infection.

One small Yale study has initial evidence for treating brain fog patients with a combination of the drugs guanfacine and N-acetylcysteine (NAC). Guanfacine was approved by the FDA in 2009 to treat ADHD but is also used off-label for traumatic brain injuries (TBI) and PTSD. NAC is an antioxidant also used for treating TBI. The combination therapy successfully relieved relieving brain fog in the handful of patients included in the trial. The authors said that it’s certainly important to conduct larger investigations to confirm their findings, but they also pointed out that the drugs are currently available if doctors wish to prescribe them.

The research is ongoing and evolving.