Marriage is acknowledged as a demographic factor associated with both mental and physical health. It has been shown that married individuals have a longer life expectancy, lower death rates and self-reported morbidity, and better psychological well-being than those who are unmarried.1 Although studies on marriage and mental health tend to focus on the average effect of marriage, the positive association may not hold across different contexts, particularly for marital problems. For instance, research has shown that low-quality, long-term marriages have significant negative effects on health.2 However, to our knowledge, studies have not investigated the burden of psychiatric disorders and substance abuse in individuals hospitalized with marital problems. Our research evaluated trends in US hospitalizations with psychiatric disorders and substance abuse with marital problems from 2007 to 2014.

Weighted discharges from the largest nationwide inpatient database, the National Inpatient Sample (NIS) (2007–2014), were queried addressing over 95% of the US inpatient population. The NIS contains approximately 8 million annual discharges from over 1,050 hospitals, which represents a 20% stratified sample of all nonfederal acute care hospitals from 45 states, excluding long-term care and rehabilitation facilities.3 Adult patients with a history of marital problems were identified using ICD-9 CM codes V61.1x (counseling for marital and partner problems and spousal/partner abuse), V61.03 (family disruption due to divorce), and V61.04 (estrangement). From those without a history of marital problems, a 1:2 sample of controls was selected. Trends in psychiatric comorbidities were analyzed utilizing previously used codes.4 Categorical variables were compared using the χ2 test in SPSS v24.0 (IBM, Armonk, New York). P < .05 was considered clinically significant. 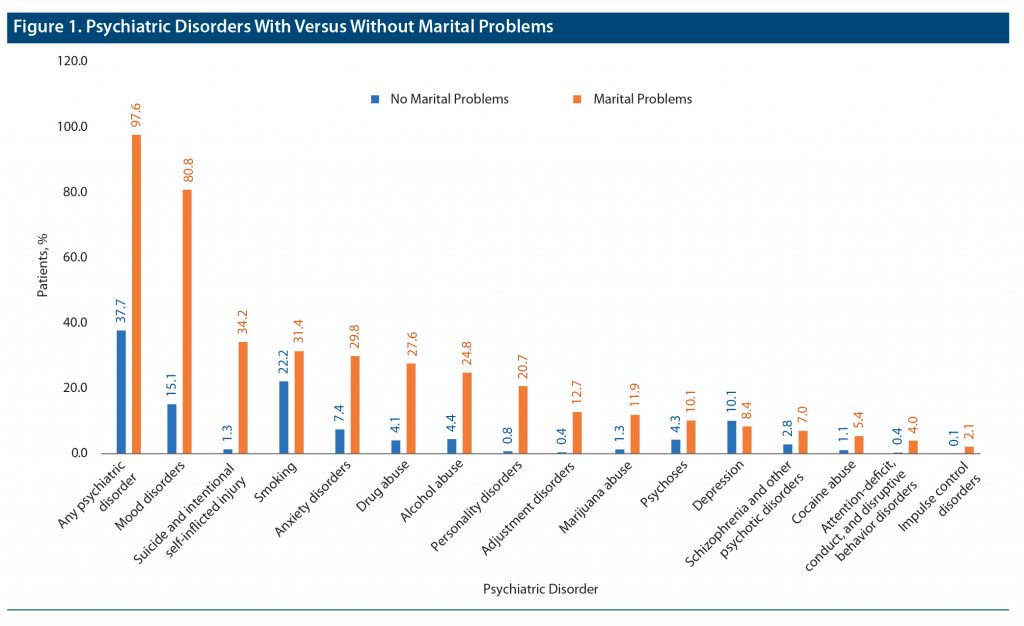 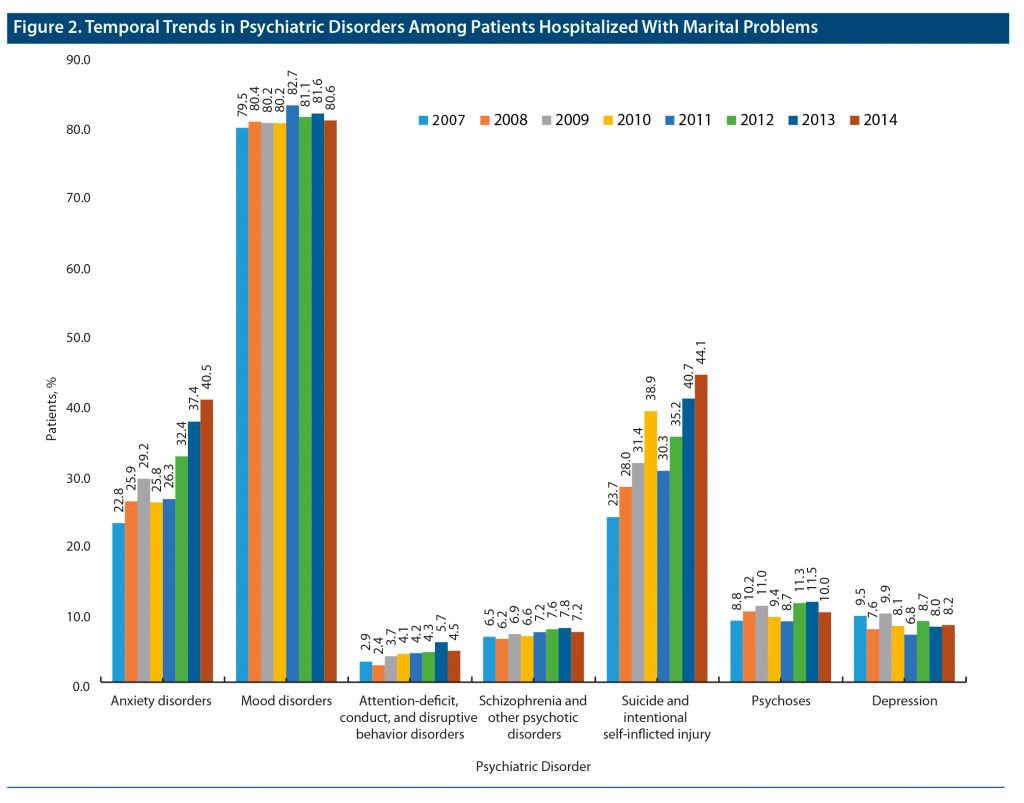 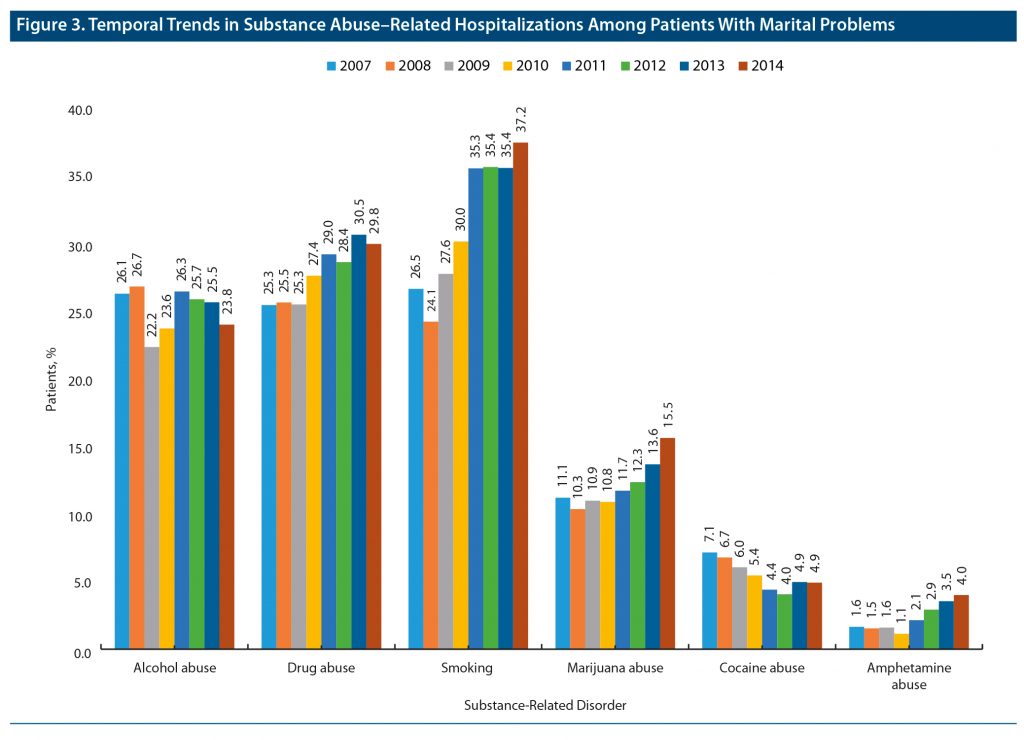 This study provides first-ever evidence of hospitalization rates for psychiatric disorders and substance abuse in individuals with marital problems. Historical data also indicate the rising need for health care in the context of the relationship between marriage and health.5 Individuals who reported having marital problems exhibited an overall significant burden of psychiatric disorders. One possible explanation could be that mental health issues and subsequent hospitalizations result in strain on marital life. Another explanation is that individuals experiencing marital problems can have subsequent worsening of mental health issues due to added stress. Furthermore, the alarming rise in suicide and self-inflicted injury along with marijuana and amphetamine abuse requires special attention and highlights the need to improve marital well-being.

The study’s focus on primary diagnoses minimized misclassification. However, we may have missed cases of hospitalizations due to secondary diagnoses. Furthermore, it is unclear how marital problems lead to hospitalization. Nevertheless, future research is warranted for marital health checkup by investigating the association between various marital characteristics and other potential risk factors for psychiatric conditions leading to hospitalizations.