Objective: To examine the role of permeability glycoprotein (P-gp) and its substrates in the mechanism of hyperprolactinemia.

Data Sources: PubMed and Google Scholar were queried with the search term permeability glycoprotein crossed with antipsychotic, neuroleptic, prolactin, risperidone, paliperidone, and amisulpride. The searches were performed in early 2018 with no date restrictions.

Data Extraction: Information regarding mechanism of action and clinical relevance was extracted as appropriate for the discussion.

Results: Risperidone, paliperidone, and amisulpride are associated with higher prolactin levels than would be anticipated from striatal dopamine receptor occupancy studies. This elevation occurs because the levels of these antipsychotics are higher in the anterior pituitary than in parts of the brain protected by the blood-brain barrier and P-gp. P-gp has high affinity to all these antipsychotics and selectively removes them from the brain and concentrates them in the blood draining the hypothalamus, allowing greater dopamine receptor blockade in the cells in the anterior pituitary that produce prolactin.

Conclusions: The anatomy of the portal circulation, the presence of P-gp, and the high affinity of this protein to risperidone, paliperidone, and amisulpride all conspire to concentrate the antipsychotic concentration in the anterior pituitary to levels higher than in other parts of the brain, with consequent increase of prolactin above expectations.

Treatment of psychosis with dopamine D2 receptor-blocking agents is frequently associated with elevated serum prolactin levels. Interestingly, there is a positive association between favorable antipsychotic response and elevation of prolactin levels.1 However, prolactin elevations are frequently associated with undesirable side effects, particularly in males.2,3 It has been noted that, among the second-generation antipsychotics, risperidone and its active metabolite 9-hydroxyrisperidone or paliperidone are associated with an attenuated increase of prolactin levels compared to other antipsychotics and anticipated receptor occupancy.4 The key to understanding this phenomenon resides in the distribution of permeability glycoprotein (P-gp), which is a key component of the blood-brain barrier (BBB); its varying affinity to different antipsychotics; and the realization that the lactotroph cells residing in the hypothalamus are actually outside of the BBB.

For this narrative review, PubMed and Google Scholar were queried with the search terms permeability glycoprotein crossed with antipsychotic, neuroleptic, prolactin, risperidone, paliperidone, and amisulpride. The searches were performed in early 2018 with no date restrictions.

A total of 108 references were retrieved from PubMed, and nearly 30,000 hits were obtained in Google Scholar. All references cited in PubMed were assessed, but only the first 40 references from each of the 6 searches from Google Scholar were reviewed. Google Scholar had many items that were citations within other articles, and the relevance of citations as determined by the title quickly waned. Additionally, only English-language articles published in peer-reviewed journals were used. After initial screening, approximately 100 articles were read for this review. The remaining articles were excluded based on the abstracts or not fitting into the discussion as composed.

Prolactin is a polypeptide hormone primarily responsible for stimulating breast enlargement during pregnancy and milk production for lactation.5 Lactotroph cells of the anterior pituitary produce and secrete prolactin, which critically lies outside of the BBB. In the default state, the lactotroph cells continuously release prolactin, but actual levels are controlled by the inhibitory effect of dopamine, which is produced in the tuberoinfundibular neurons of the hypothalamus. Dopamine is released into the portal hypophyseal veins and carried to the anterior pituitary where it binds to D2 receptors found on the lactotroph cells (Figure).2 Importantly, the tuberoinfundibular neurons are within the BBB, while the lactotroph cells are outside the BBB. The upper level of normal prolactin concentration is considered to be 20 μg/L in men and, in the absence of pregnancy, 25 μg/L in women.3 During pregnancy, prolactin levels can rise 10 to 20 times before returning to normal levels about 3 weeks after stopping breastfeeding.4

Dopamine D2 receptor antipsychotic agents increase prolactin levels. Generally, D2 occupancy levels exceeding 70% have been shown to correlate with hyperprolactinemia.6 It is interesting to note that older studies4 demonstrated that prolactin levels in unmedicated psychiatric patients were not elevated, but more recent findings7 in psychotic patients report to the contrary. This elevation has been attributed to an increase in the size of the pituitary early in the course of psychosis prior to receiving medication.8

Hyperprolactinemia is usually considered to be any concentration of prolactin greater than 100 μg/L.2 However, symptoms of hyperprolactinemia may occur at lower concentrations in response to multiple variables, such as initial baseline prolactin levels and degree and rate of concentration increase.2 Symptoms of hyperprolactinemia in women include oligomenorrhea or amenorrhea with infertility, decreased libido, recurrent spontaneous abortion, acne, hirsutism, and galactorrhea.9 Men may present with decreased libido, infertility secondary to decreased sperm production, gynecomastia, galactorrhea, and reduced muscle mass.9 Chronic hyperprolactinemia may lead to osteopenia and contribute to the development or growth of breast or endometrial cancer.9 The frequency of these side effects is thought to be underreported due to their personal nature and the perception of being embarrassing but are considered a significant cause of medication noncompliance.9 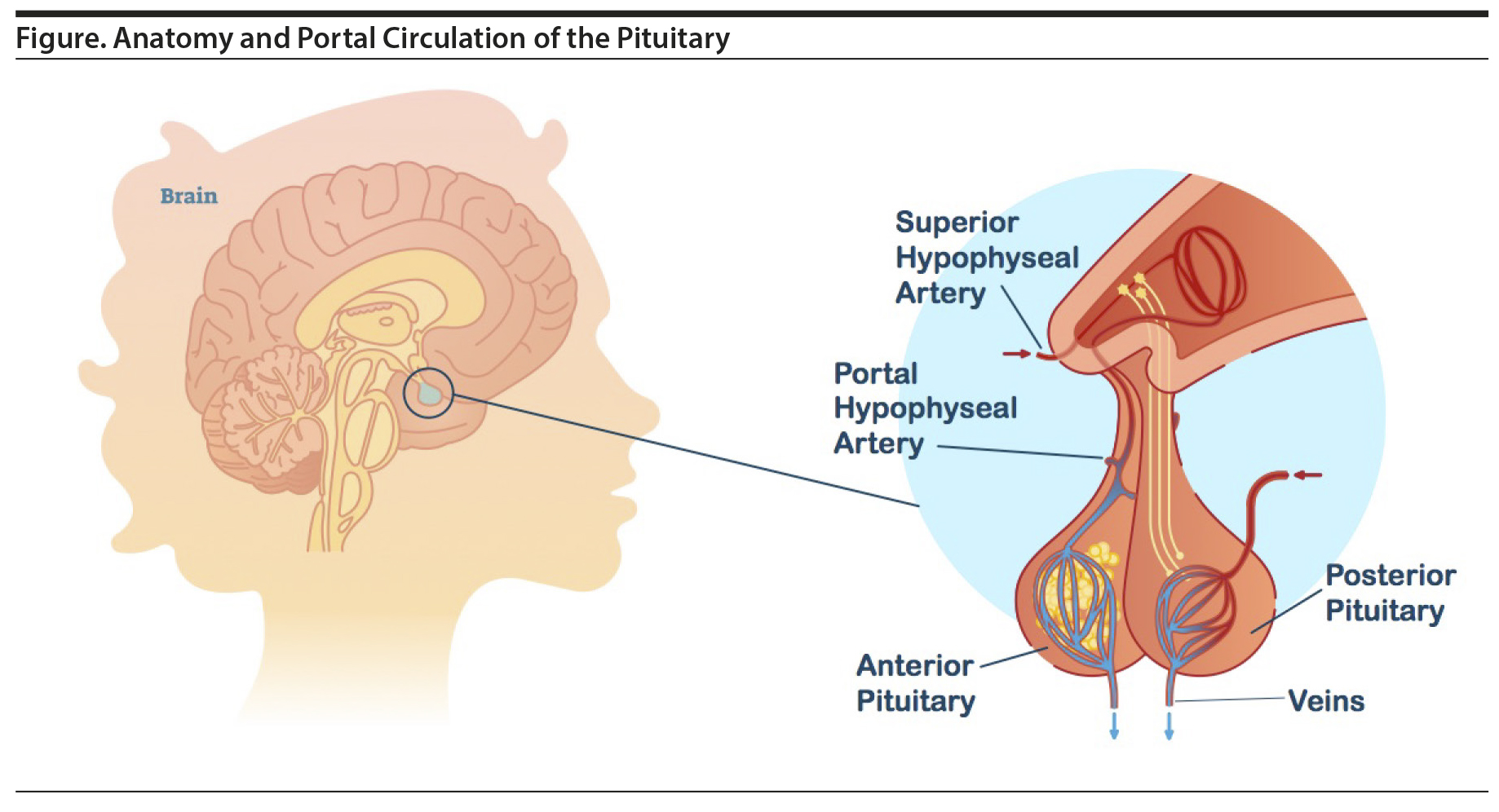 But what about these drugs increases their propensity to elevate prolactin? All are substrates of P-gp.15 P-gp is an adenosine triphosphate (ATP)-utilizing protein that is distributed in the small intestine, liver, proximal renal tubules, placenta, and BBB.16,17 Its purpose is to identify foreign compounds and transport them back into the lumen of the gut or blood vessels.16 As part of the BBB, P-gp is located on the blood luminal side of capillary endothelial cells and not in the podocytes of astrocytes.16 Several pharmaceuticals are substrates of P-gp, with verapamil having the highest affinity.18 Other antipsychotic medications are also substrates of P-gp but have much lower affinity. For example, the affinity of risperidone and paliperidone is nearly twice that of olanzapine and chlorpromazine and 4 times greater than haloperidol and clozapine.18 These affinities have a direct correlation with serum prolactin levels, so that after 1 year of treatment, prolactin remains elevated in patients receiving risperidone but not in those receiving olanzapine or haloperidol.19 Most P-gp substrates will also inhibit P-gp. Consequently, coadministration of verapamil with risperidone increases the plasma levels of risperidone and paliperidone over 3-fold due to increased intestinal absorption.20

P-gp is distributed evenly throughout the brain21; however, it is absent in the pineal gland, area postrema, choroid plexus, and median eminence of the hypothalamus where the dopamine-secreting tuberoinfundibular neurons reside.16,21 This distribution is key to understanding the effect on prolactin production. When receptor occupancy is calculated in humans (usually using positron emission tomography), it is measured in the basal ganglia because these structures are large.22 However, these structures are within the BBB wherein P-gp is active. The lactotroph cells reside in the anterior lobe of the hypothalamus in which there is no BBB or P-gp and are thus exposed to higher concentrations of risperidone and paliperidone. Said differently, the dopamine receptors of lactotroph cells are always exposed to higher concentrations of risperidone and paliperidone than the target dopaminergic neurons in the limbic system or the nontarget dopaminergic neurons in the basal ganglia due to the activity of P-gp in the BBB.

Knowledge of this mechanism opens the door to potential interventions that can lower prolactin levels without reducing the therapeutic potency of risperidone or paliperidone. For example, as previously mentioned, inhibition of P-gp with coadministration of verapamil can increase central nervous system entry of these antipsychotics without altering exposure of the lactotroph cells. The lack of differential concentrations of antipsychotic drug in these different structures is known to be associated with reduced prolactin elevation in response to antipsychotics with similar D2 affinity such as olanzapine or haloperidol.23 Demonstration that such interventions actually reduce prolactin without unintended harm due to P-gp inhibition is still required.