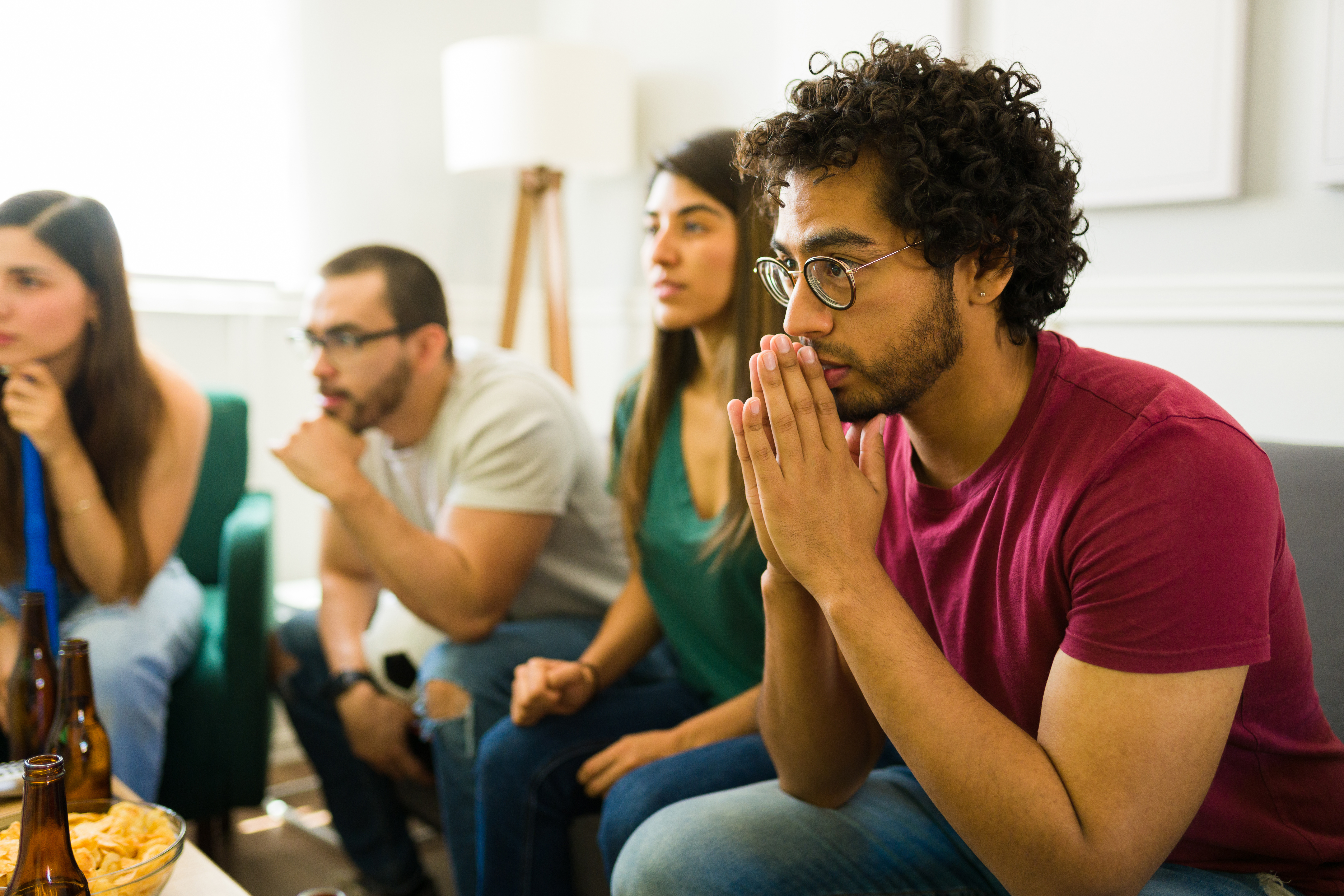 Clinical Relevance: Bystanders may need psychological support after witnessing a distressing event like a heart attack

When Damar Hamlin’s heart stopped, many of the people watching probably felt as if their hearts had stopped, too.

The 24-year-old Buffalo Bills player went into cardiac arrest after a hard tackle during a January 2nd, 2023, Monday Night Football game against the Cincinnati Bengals. As medics rushed to revive Hamlin, players from both teams knelt, wept, and prayed. Fans in the stands fell silent, watching. After nine long minutes, an ambulance finally arrived to take him off the field. The game didn’t continue, and eventually the NFL canceled it altogether.

Association of Pain With Irritability and Depression

“You don’t go to a football game with the expectation that you are going to see a life or death situation,” he said. “It’s something that exists outside the normal range of experience.”

Some of the people watching–including those who caught the game on TV–are likely to have lingering psychological effects lasting at least 30 days, Brown said. Beyond that acute stress reaction, some will go on to develop post traumatic stress disorder (PTSD).

The evidence backs up Brown’s assumptions.

One out of three bystanders who were present at the time of an out-of-hospital cardiac arrest showed signs of pathological psychological processing weeks after the incident, a recent Swedish study found. Even when the victim was a complete stranger, some bystanders exhibited symptoms of depression and had trouble coping emotionally with what they saw more than 90 days later. This was true regardless of whether or not the victim lived, or even if a witness knew the final outcome of the episode.

Interestingly, the study found that people who were the least emotionally triggered by witnessing a heart attack were those who proactively came to the victim’s aid. Performing CPR and other life saving measures appeared to mitigate much of the psychological stress of being at the scene.

“It’s because you’re not powerless. You’re actively engaged in trying to do something and trying to help,” Shrand said. “When you can only watch, you don’t know what to do, or you can’t get to the person in time, that’s where the real trauma comes in.”

The level and intensity of an emotional reaction to witnessing a distressing event like Hamlin’s collapse can be influenced by several factors, Shrand said.

For example, all professional football players have an expectation that they will take hits and make hits. They are trained to feel dominant, confident, and in control. But the drama of watching one of their own go down the way Hamlin did can leave some athletes feeling helpless, Shrand said.

“In front of you is this person who you know and who you relate to. You might start to worry it could happen to you or if the fear of that happening could affect the way you play in the future,” he said.

Spectators, even some of those watching on a screen and far removed from the action, process their anguish through a different lens but could still come away feeling unsettled, Brown said. Along with anxiety and depression, they might also feel something akin to survivor’s guilt.

“They can think things like, ‘He sacrificed his life for my entertainment.’ ‘I paid to see a game and I am responsible for putting him in the position of getting hurt.’ ‘ If I wasn’t watching, maybe this wouldn’t have happened,’” Brown said.

“And of course that’s not actually what happened. They witnessed a statistical anomaly. But when it comes to guilt, people will sometimes come to that no matter what the reality is,” he added.

Both Brown and Shrand say the NFL made the right call to discontinue the game. Continuing play would only have deepened the negative psychological effects for many of the players and fans.

Shrand said he was certain that the players and staff from both teams would be able to share feelings among themselves and receive counseling. He was more concerned about the spectators who may not have the same opportunities or even realize they should seek help. As the Swedish researchers discovered, friends and family are usually offered therapeutic opportunities, but casual bystanders rarely are.

As for Hamlin himself, Brown said it’s hard to say what his response will be without personally examining him.

“Based on anecdotal evidence that comes from athletes who have lived through similar accidents, Hamlin’s reaction will be influenced by what he remembers. There are great questions to ask him to see how he is dealing with everything, we just don’t know what his answers will be,” he said.

Thankfully, Hamlin was released from the hospital on January 10th and seems to be on his way to a full recovery. In a press conference, University of Cincinnati Medical Center physicians said it was a good sign that when he first woke up he asked who won the game.