Manic Episode Misdiagnosed in a Case of Temporal Lobe Epilepsy

Manic Episode Misdiagnosed in a Case of Temporal Lobe Epilepsy

The association of temporal lobe epilepsy (TLE) with behavioral problems, cognitive impairment, and personality changes has been widely reported.1-3 Previous literature reported sparing of executive function, a frontal lobe task, in TLE.4 However, emerging research suggests a connection between the temporal lobe and frontal lobe processes, elucidating executive dysfunction in TLE.5 We hereby report a case of TLE with frontotemporal involvement.

Mr A, 28-year-old factory worker, was brought to the emergency department by a friend. He was observed to be overtalkative, overfamiliar, and euphoric with increased psychomotor activity. A tentative diagnosis of manic episode was made, injectable lorazepam 2 mg was given, and a reliable informant was called. Mr A’s mother reported that he had discontinued studies in the fourth grade and started working as a helper at a construction site. He lost this job at age 15 years due to overtalkativeness, stubbornness, seizures, and difficulty managing multiple tasks. He was difficult to interrupt during conversations, so the family stopped having him participate in social gatherings. The antenatal period was uneventful with normal developmental milestones. His mother recalled that he had his first seizure at 3 months of age, which was characterized by abnormal jerky movements of the left side of the body. He was treated with antiepileptics for 3 years for which exact records were unavailable. The patient remained seizure free from 3 months to 15 years of age when he developed generalized tonic-clonic movements associated with loss of consciousness with a frequency of 1 to 2 per day that lasted for 3 to 4 months. He was treated with phenytoin sodium 300 mg/day at a primary health center for 2 to 3 years and remained seizure free for 15 months before presenting to the emergency department, when he again started having generalized tonic-clonic movements every 2 months. There was no history of substance use, head injury, or encephalitis. The physical examination was unremarkable. 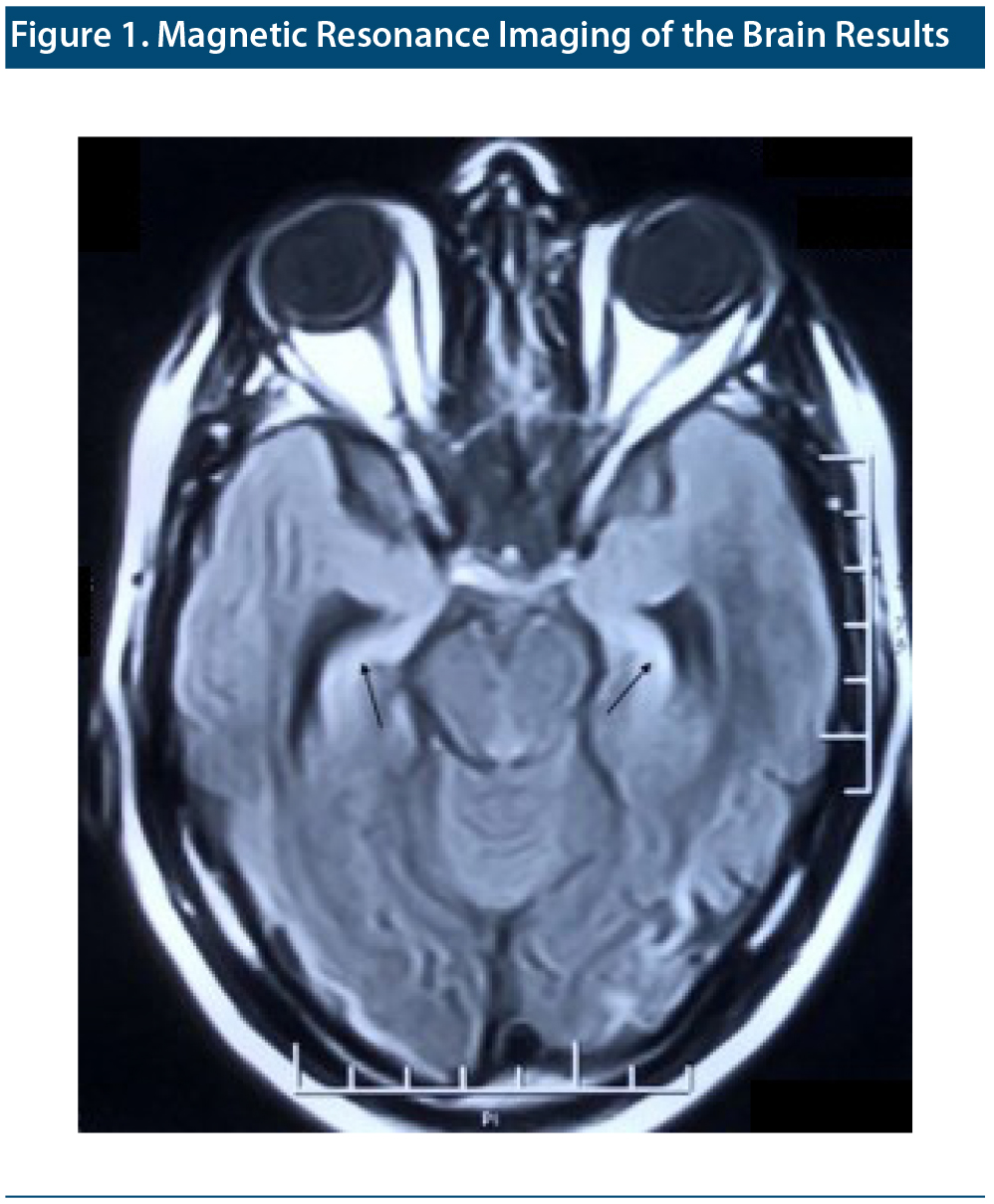 This case highlights the features of interictal personality change. The mixed presentation of circumstantiality, viscosity, elation, disinhibition, inattention, and impaired abstraction in our patient has been supported by the overlap of frontal lobe involvement in temporal lobe epilepsy.5,7 At the initial presentation, he was misdiagnosed as having a manic episode. However, detailed history, serial mental status examinations, associated cognitive impairment, neuroimaging, EEG, and laboratory investigations helped in reaching the final diagnosis. Strub and Black’s 6 clinical utility for neuropsychological testing and teaching purposes has been demonstrated in several studies.8

The plausible explanation for the occurrence of repetitive seizures in a case of temporal lobe epilepsy may be attributed to mesial temporal sclerosis including the pathological involvement of the hippocampus.9 Previous research10,11 has found that recurrence of seizures after a silent period in a case of childhood epilepsy demonstrates further exacerbation of brain insult. Further, studies12 have concluded the importance of MRI of the head in diagnosing hippocampal sclerosis with hippocampal atrophy on T1-weighted images and enhanced hippocampal signal on T2-weighted images. Use of antiepileptics with psychotherapy has been the treatment of choice for chronic intractable seizure; however, patients may need surgery localized to the temporal lobe.13

Patient consent: Consent was received from the patient to publish the case report, and information has been de-identified to protect anonymity.